After seeing Apple’s success with the iPAD tablet in 2011, Google needed to get on the same train and they had to act quickly, as other manufacturers were preparing to launch their own tablets without a clear OS model.

And so it happened…
At the end of January, Google introduced new interface which included tablet support in Android 3.0 called “Honeycomb”. Users were able to have a landscape mode, discover new notifications and updated display settings. But most importantly, “Honeycomb” rolled out with enough space and freedom for application developers to customize OS bringing their own features into it. The updated Android design with variety of new themes quickly caught smartphones users attention.
In February, Motorola unveiled “Xoom tablet”, which came with pre-installed Android 3.0. 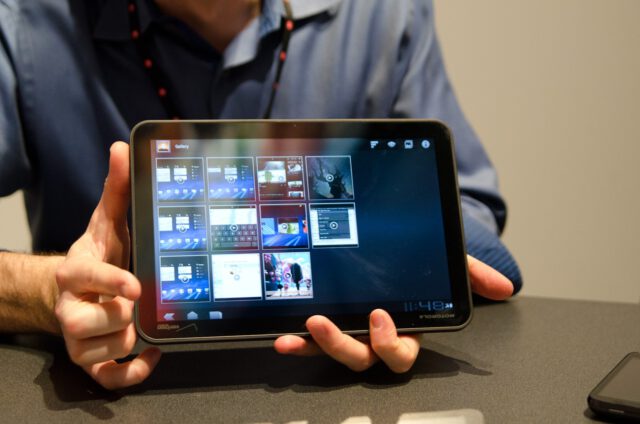 Unfortunately, the hurried operating system release was accompanied by bugs, which caused smartphones to get stuck or even shut down while some tablets was often crashing. Google was forced to act quickly in order to maintain a partnership with Motorola and soon released an update to version 3.1.

Google had strong trust from powerful partners to launch Android tablets, starting with the Motorola Xoom, as well as Samsung Galaxy Tab 10.1, LG G-Slate, Toshiba Thrive, Acer Iconia A500 and more. At the same year users have received a second release of two Motorola Droid Xyboards, several ASUS tablets, Sony Tablet P and a Tablet S, including new Samsung and Acer tablets. At that time, first tablets had ridiculously small display compared to the ones we have today, but it was a new era and the expansion of Android into big form factors.

We can easily say that Google’s first attempt at launching a tablet-oriented OS was unsuccessful and that was clear even in its early years. Android developers was struggling to adapt their OS for larger widescreen mobile devices which seemed to be a recurring problem even after months of development for reasonably large Android tablets market. Updating most of Google’s apps using a tablet has been a slow process which became even more difficult when Google released their own Nexus 7 with a 7-inch screen and portrait display orientation that worked more like a big phone.

2011 November started with sensational launch of Samsung’s “Galaxy Note” a smartphone/tablet combined device. The success and recognition of the model was unimaginable at that time. New device surprised everyone with its screen size that reached up to 5.3 inches. First “Galaxy Note” with significantly bigger screen compared to its rivals, quickly established itself in the market also starting a new era of smartphone and tablet combined devices.
Later was released Galaxy S II that just strengthened company’s position taking a huge smartphones market share.

Samsung may indeed rejoice at denying huge stereotype when most of the users thought that larger screens won’t become popular due to their impractical dimensions, especially when carrying that kind of smartphone in a pocket or using with one hand.

Consumers who at least for a short time have tried using Android on a larger display was simply no longer returning to smaller screen devices. And that’s how bigger screen devices gained global recognition unveiling new section for other largest mobile technology companies.

This Android OS release was very different from the previous ones. Updated visual design and UI functional changes was the main standouts. Android 4 core code has been also significantly improved which made whole OS lighter, simpler and cleaner speeding up all the processes on mobile devices. It was such a big change that even subsequent versions of Android like KitKat and Lollipop were released on same core code. 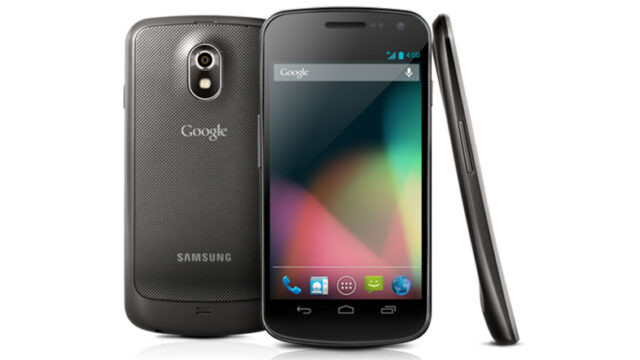 Nexus itself wasn’t as important as its new operating system, so Samsung turned to Google for another project, the release of the Nexus S.