Android 7.0 N Beta is now out, and the official public release is expected this summer. It’s Google’s 7th generation OS update for Android devices and the company is now more than a halfway through the English alphabet.
History shows that Android N is going to be named after a delicious treat. And it seems that this time Google doesn’t know which dessert based name to give for this latest mobile platform.
As usual, we are giving everything we know about the forthcoming Android N update, this time including all news from Google I/O 2016. So lets head into detailed review to find out what’s new.

At first sight, we haven’t found any design changes on Android N. It looks just as same as Marshmallow latest release. Although, the good side of this, is that you already know how to use it.

Going through the basic usability it’s impossible to miss some new improvements which we’d like to get listed:

Multitasking support is one of the long-awaited feature. Users will be able to use two apps at one time in split-screen mode. Basically, it’s the same feature as Apple made it for iPads in iOS 9. The only difference is that Android 7.0 split-screen mode works for phones and tablets without any limitations on display size.
To enable this feature, just long press the recent multi-window button in the navigation bar. 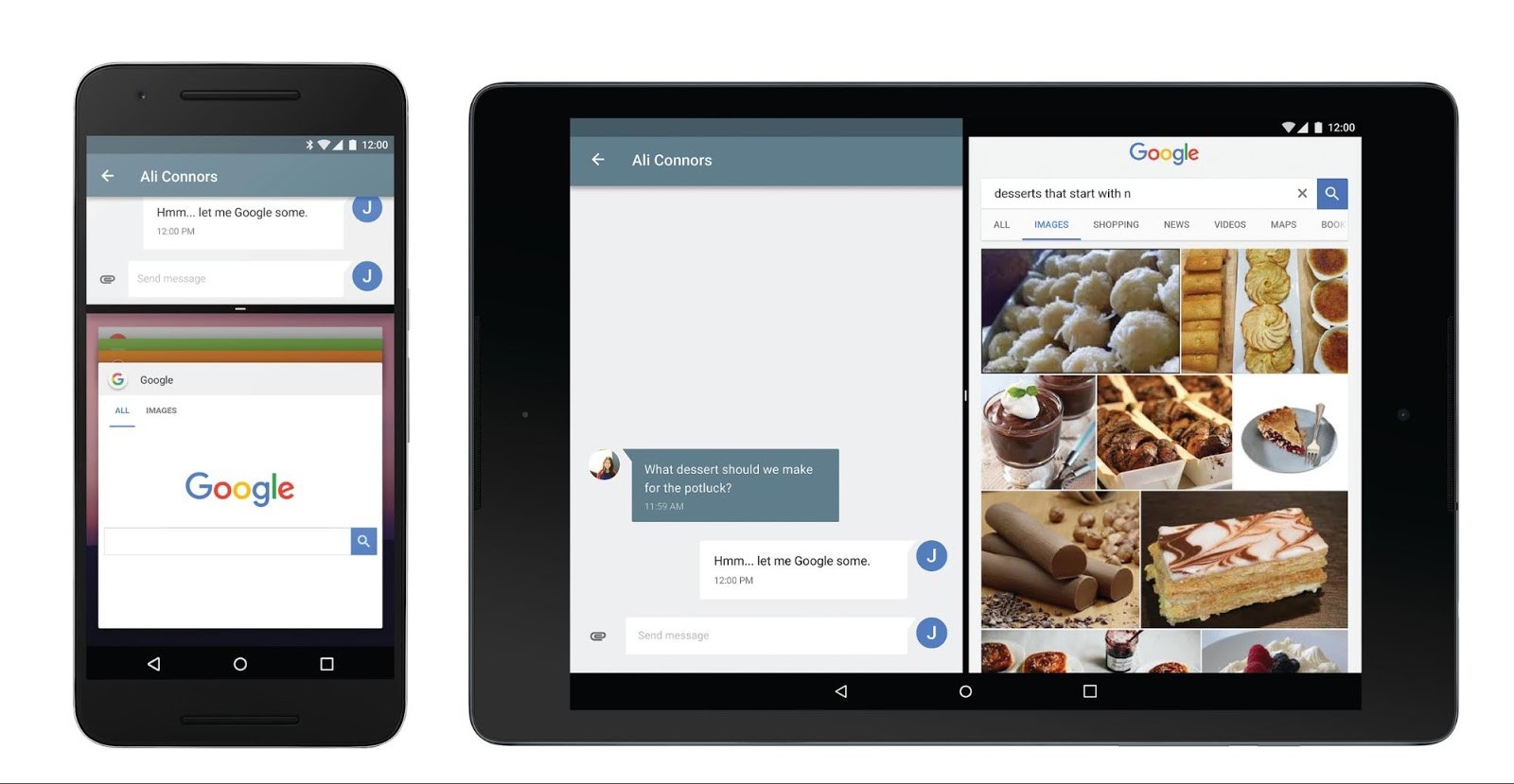 Direct Reply Notifications makes things much easier now. There’s no need to navigate away from your current window just to make a reply on the message received. You can make an instant reply within the notification that shows up at the top of the screen. 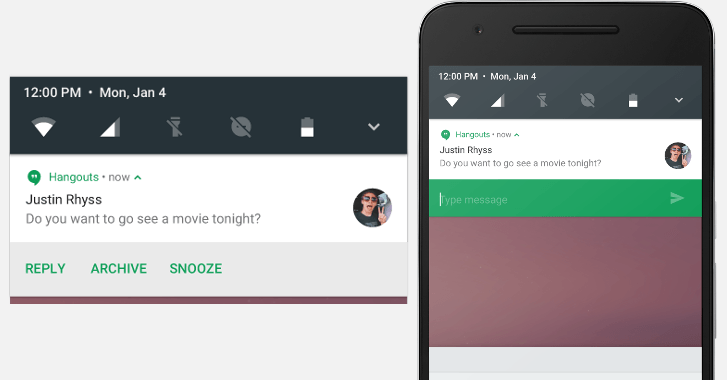 Bundled Notifications feature includes more control over your notifications. Now you can long press on a notification to either silence future notifications or turn them off completely. Notification cards will also be grouped together if they’re from the same app. Alerts then can be expanded into individual notifications using two fingers gesture or tapping on new expansion button. That’s alternative feature of what Apple did in iOS 9, switching from grouping notifications by app to lining them up chronologically.

Quick Switch is another great improvement. It lets you jump back to the previous application just by double tapping on the multi-window button in the navigation bar.

Doze Mode 2.0 is promising to save even more battery life on any Android device. After you turn off the screen and put your phone on the table or anywhere stationary, all background tasks goes into deep standby mode. This feature was introduced on the first release of Marshmallow 6.0.

Settings was filled with explanation and additional information on each section. This smart and convenient improvement now shows what each section includes. As an example, Sounds section shows what’s the ringer volume level, as the Apps section displays how many apps you have installed. 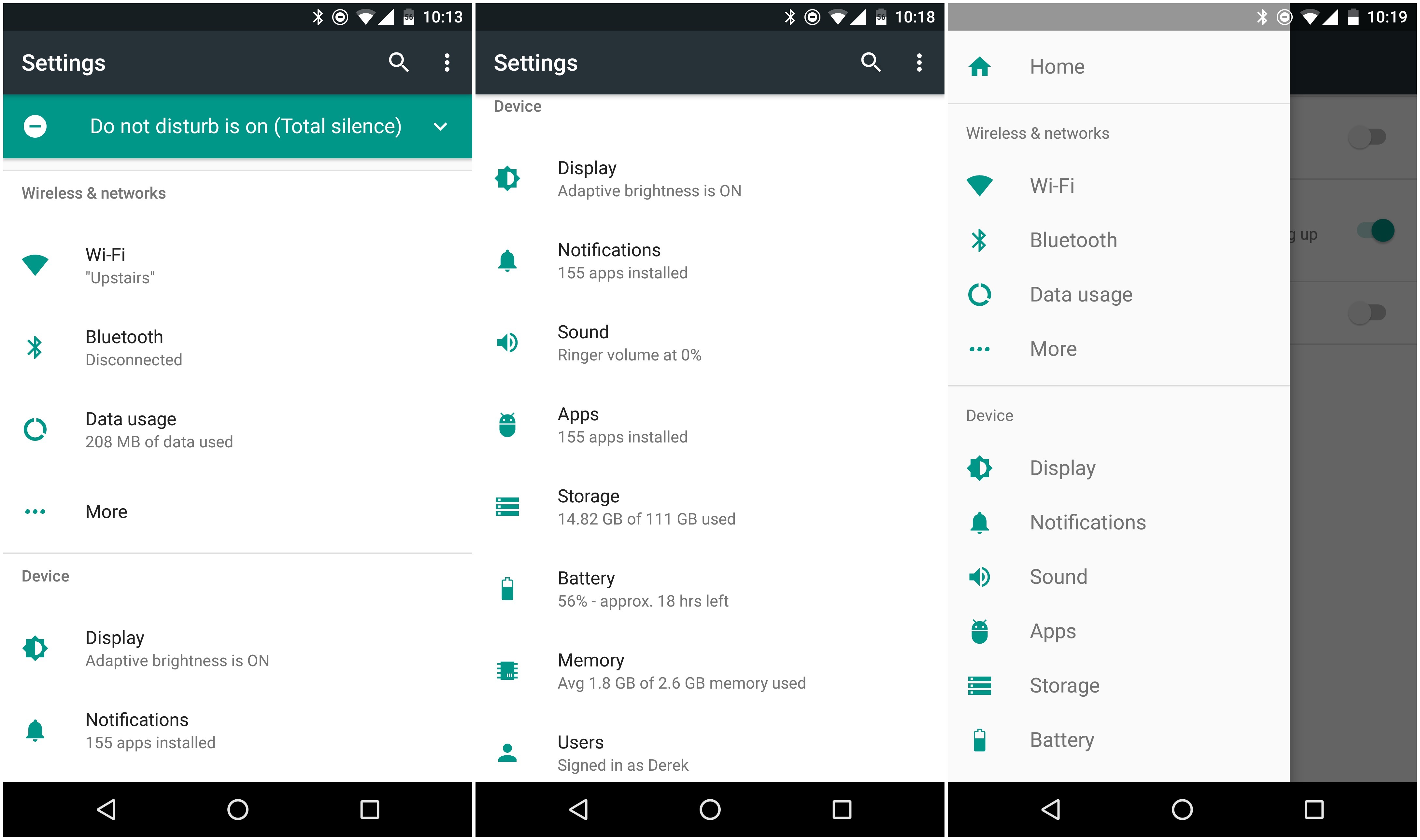 Keyboard now includes a background feature. It lets you choose from the default colors or set personal background from the image gallery.

Data Saver helps to control mobile data usage by setting restrictions and limitations to any specific app. Yes, you were always able to limit your data for your mobile phone or tablet, but now there’s an option to set limitation on any app you wish. It’s another handy feature to avoid unexpected roaming charges when traveling abroad.

Graphic Performance was improved with the introduction of Vulkan, giving game developers controls of the GPU. Vulkan is a low overhead, cross platform API for high performance 3D graphics. It provides tools for creating high quality, real time graphics in applications. That in turn will result even smoother and faster performance.

For today, the official release is promised only for the devices mentioned below. As usual, each manufacturer can take its own time to bring the updates. For example, some phones still don’t have the Android Marshmallow update, even though it’s been out for the half a year..
That’s why we are giving Android 7.0 N Beta release download link. However, Google requires you to have a Nexus phone in order to make use of this new version.