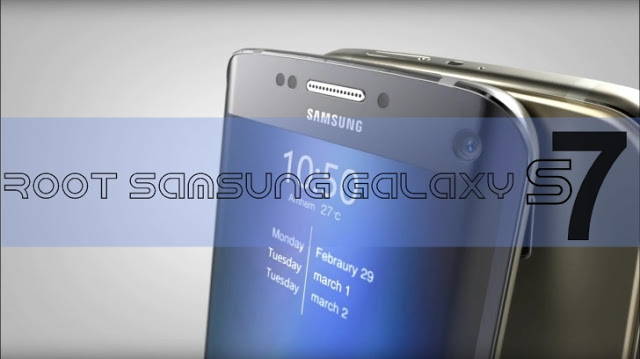 Galaxy S7 and S7 Edge is the latest and most powerful Samsung’s flagship devices. Shortly after they were released, a root method became available. Thanks to legendary root developer Chainfire, both phones are about to get even more powerful.
Warning: This rooting method works by unlocking device’s bootloader, which will void a warranty. If your bootloader is not already unlocked, during the unlock process phone’s internal storage will be erased. So it’s strongly recommended to backup data to sd card or PC.
Beside, this process will trip KNOX. This means that Samsung Pay will no longer work.
All U.S. carrier variants of the Galaxy S7 and S7 Edge have bootloaders that cannot be unlocked. Which means that this rooting method will not work. It will also not work on any Galaxy S7 or S7 Edge model having a Snapdragon 820 processor.
Please consider all the warnings before proceeding.
If your device is one that can be rooted, then it’s time to get started.
Prerequisites:
• The device should have at least 60% charge left on the battery.
• If you have Samsung Kies program in PC, Kies should be completely turned off to not disturb all the process.
• USB drivers must be installed on PC (if Kies are in PC then drivers are already installed).
• USB Debugging and OEM Unlocking must be enabled on the device. To enable it go to Settings/About phone and keep taping on Build number until you see Developer mode has been turned on. After that go to Settings/Developer Options then check USB Debugging and OEM Unlocking (this enables bootloader to be unlocked).
Tutorial:
1. Using PC download and extract CF Auto Root file depending on your device model:

2. Turn off Galaxy and boot in to Download mode by pressing and holding down the Volume Down, Home and Power buttons together. When a warning screen is displayed release all buttons and press the Volume Up button to enter Download mode. 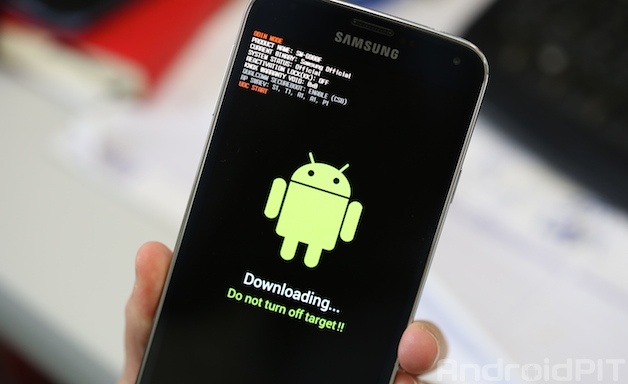 3. Go to extracted folder and run Odin3-v3.10.6.exe as Administrator.
4. Connect Galaxy to the PC via USB cable. Message showing Added!! will appear in Odin’s message box, if not, try another USB port. If the issue persists, try reinstalling the USB driver. 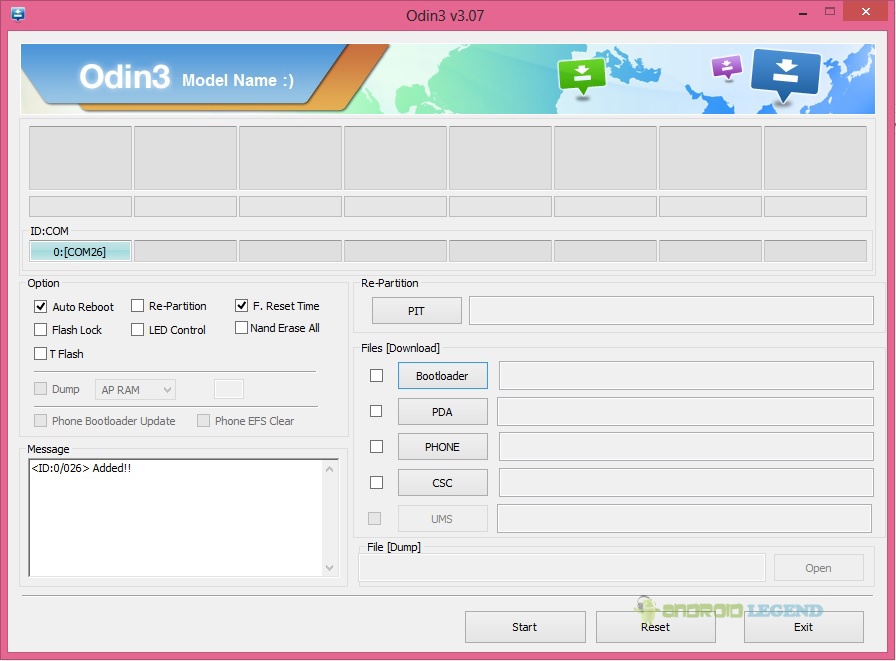 5. Click on the AP button and select the CF-Auto-Root file (a .tar.md5 file), which was extracted in step 1.
6. In Odin, make sure that the Auto Reboot and F. Reset Time options are checked while Re-Partition must stay unchecked.

6.1 Click Start button in Odin to begin the process.
6.2. After the process is complete, Galaxy will restart and a PASS message with green background will appear in the left box at the top of Odin. 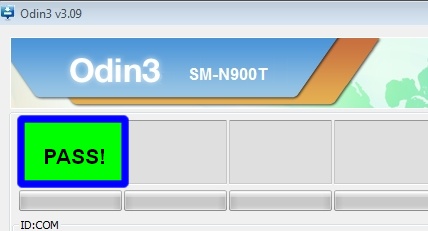 7. Turn off Odin and unplug USB cable from device.
8. SuperSU app will be seen on the screen.