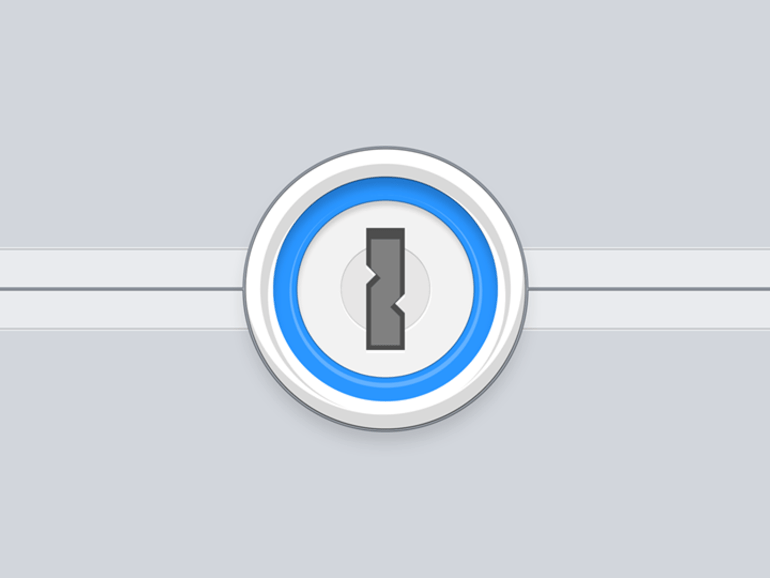 1Password creates strong, unique passwords for every site and app, but probably the best thing is that it remembers them all for you and logs you in with a single tap using the built-in browser or 1Password Keyboard. The only password you need to remember is a single Master Password to get into the application that stores them all. Every password is encrypted using authenticated AES-256 encryption, so you definitely don’t have to worry about your private accounts security while browsing web.

Using Xender app you can easily share any type of files in any place at any time between different OS platforms like Android, iOS, Windows, PC or Mac.

Xender uses Wi-Fi connection, so compared with Bluetooth, it makes up to 200 times faster transfer where the highest speed can reach 40Mb/s. There’s also no limitation to file size which makes simple to share even huge videos. Another great thing is that Xender has smart switch feature to transfer most important data like contacts, SMS or even whole backup files from your old phone to the new one in one simple step. 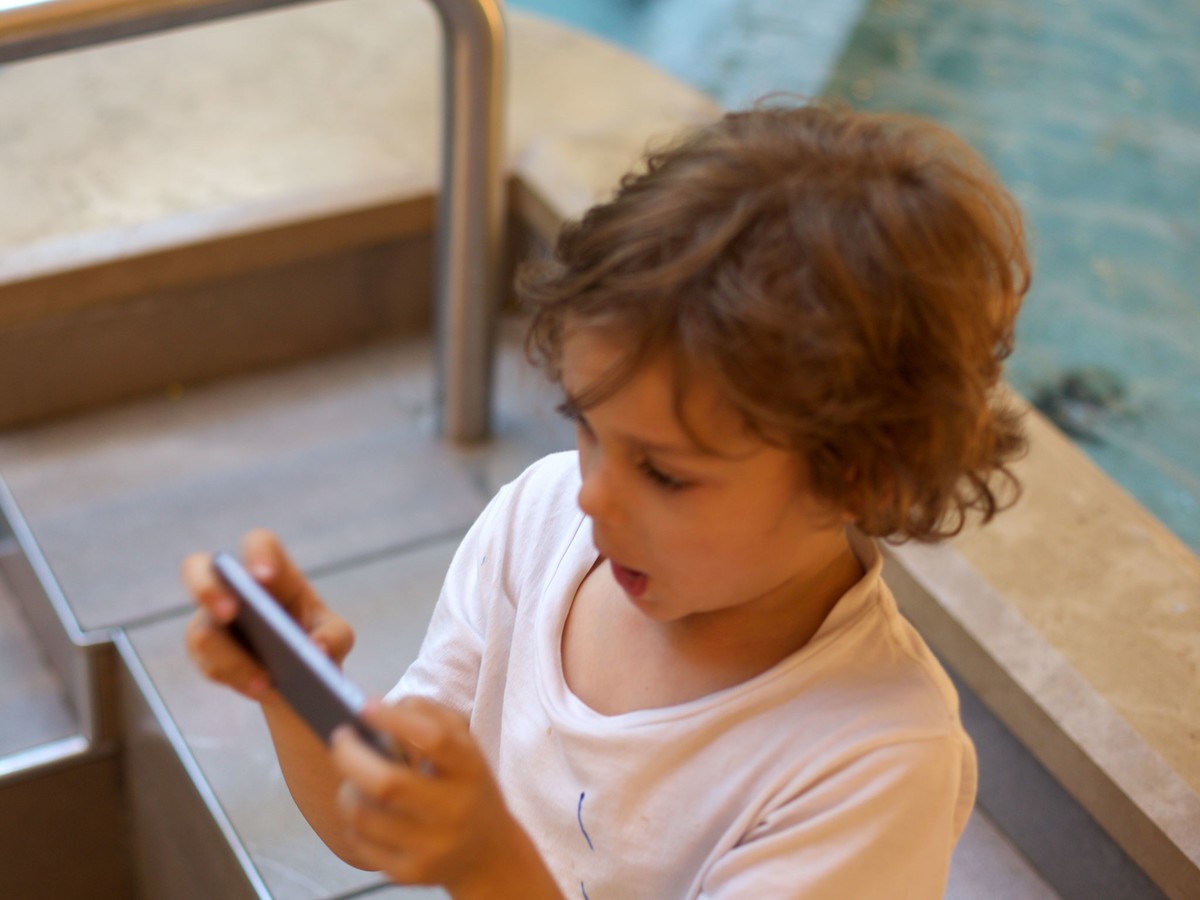 Have you ever noticed where your mistake lies in handling your child? Constant interference in their life can be nagging. Your child might want to enjoy their personal and cyberspace and it’s completely natural if you ask me. If you’re being authoritative, the situation will only worsen and their might be a huge communication drift between you and your child. 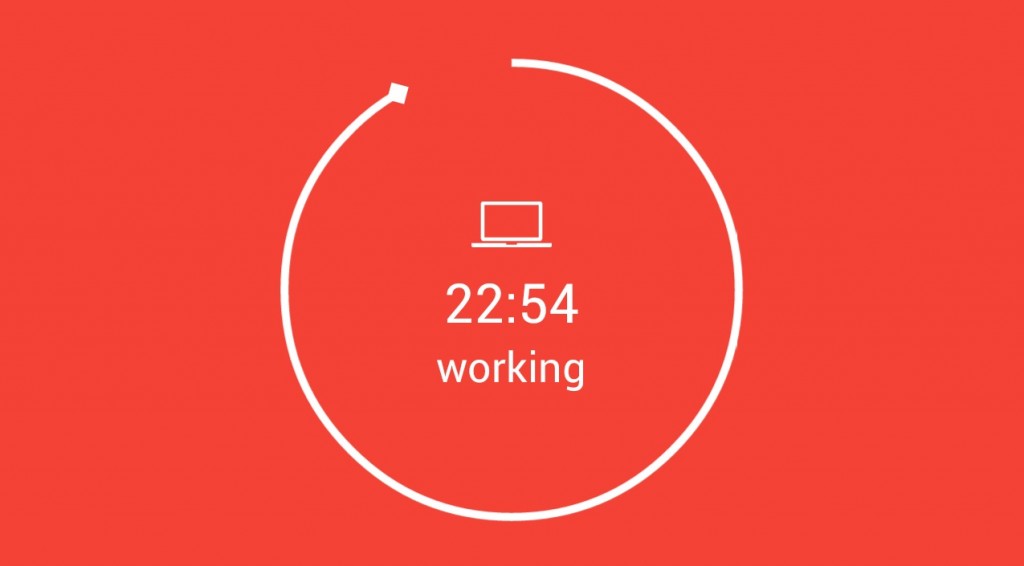 This is a great app for those who wants to accurately plan their daily tasks, manage time spent on every work and finally see a summary of all the results. This method was founded by Francesco Cirillo in 1980’s and although in practice it has been used for 36 years, it’s just recently was developed as mobile application.

The main idea of this time management system aiming for daily work is rather primitive and truly effective. At first, standard 25min period of time is recommended for every task you do and that period of time is considered as 1 tomato. If within 25min you could not deal with the task, add another tomato that gives another 25min. In that way you can easily count how long it took or how many tomatoes was needed for a current job.
Sometimes it’s hard to stay concentrated on your main task or keep your day priorities, especially when phone keeps ringing or you start to give all your attention on received new tasks and so on. However, tomatoes timing method will help you to stay focused on your priorities to finish your task.
5 or 15 minutes break is recommended depending on the time spent doing your job. At the end of the day you’ll have all your tasks results showing you which part of the day was more productive and how to compile tomorrow’s plans.
When analyzing time use statistics, it is recommended to assign one small task for self education in future. For example: do less mistakes in typing, don’t do you work during lunch time and etc.
All in all it’s excellent time management and task planing tool. We suggest each and everyone to try.

We present three of our most valued voice translation programs which accurately translates dictated words or whole sentences into the language you need. Translated words is shown as text on the screen and can be expressed in voice. This type of programs often becomes an important part when visiting a foreign country and you need some help by communicating in another language. If you have no idea what a foreigner wants to tell you, choose his country language and let your mobile hear it. All these features require stable internet connection.

One of the most popular and well known application that can be used not only on mobile devices, but also on PC. Nevertheless it brings more features on mobile.
Dictated words and sentences are automatically translated to text in the desired language and can be pronounced aloud by the program itself. It’s a versatile translator in your pocket when traveling abroad. We all know that this service requires a minimal internet traffic, but even that can cost much less than hiring a real translator.
If you don’t have skills in using mobile keyboard or simply it’s not as convenient, we suggest you to try handwriting function. It’s same as writing on paper, just in this case every word is being converted into digital text.
Surprising is that Google Translate can scan random text which is all around you and show it in your language. All you have to do is to click on camera icon on the app and target your phone on any clearly visible text. It will be converted into the language you chose. Need to mention that iPhone or iPad must be pointed stable enough. Otherwise during the direct scan every word will blink and translation may vary. If that’s too difficult, we suggest to use the pause button to suspend visible image or simply capture a photo. After photo was taken, slide your finger by marking desired sentence and every single word will be translated immediately. It’s also possible to upload previously captured images and see their translation.

By default, it provides only those languages that can be translated in voice. User friendly management enables you to choose two languages which is shown as flag icons on the main screen. No matter on which side you clicking, voice will be automatically translated into the other language you set. In settings there’s a text to text translation feature. List of available languages significantly increases if you set text to text only. For those who thinks that voice translation is way too fast and therefore hard to understand, every user can set his own custom speed. That’s one of the basic features in voice translation apps.

This app stores all translations history and it’s great to have an instant access for those words or expressions which was used more often. In that way it’s very easy to learn single words or sentences and later the entire language. We have noticed that in free version, voice recognition and translation feature is supported by less than a half of available languages. Those languages are marked with settings icon. Otherwise you need to look for premium version.
Supported voice languages: English, Spanish, Czech, Danish, Dutch, Finnish, French, German, Greek, Hebrew, Hungarian, Indonesian, Italian, Arabic, Catalan, Chinese, Japanese, Korean, Norwegian, Polish, Portuguese, Romanian, Russian, Slovak, Swedish and Turkish. 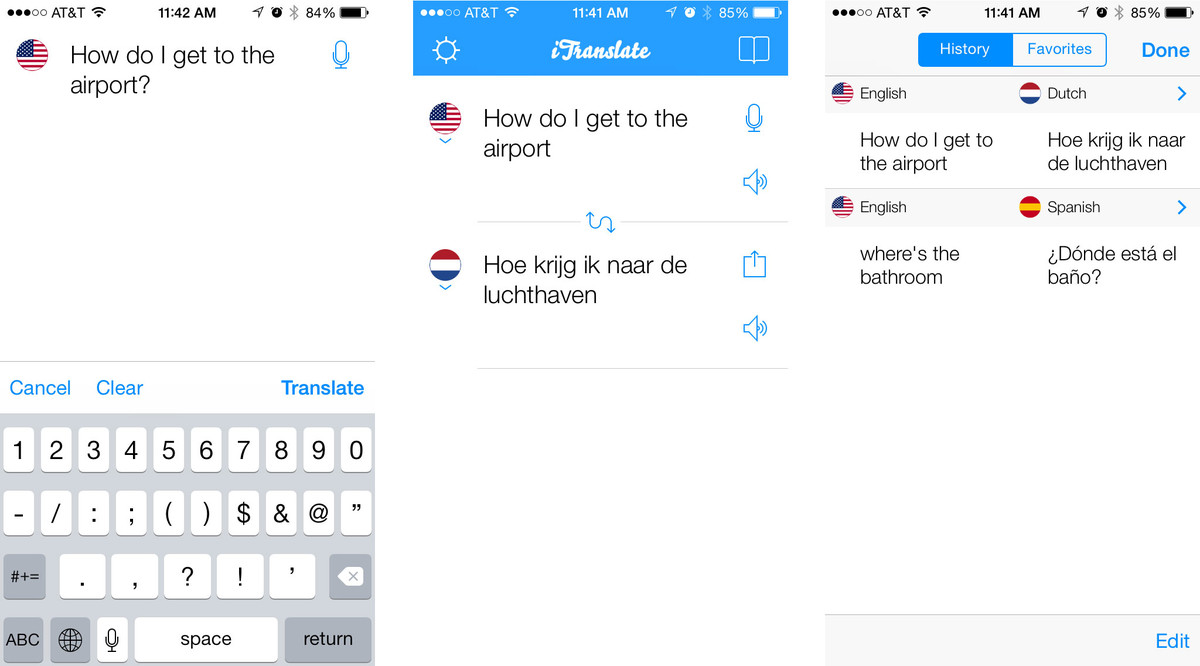 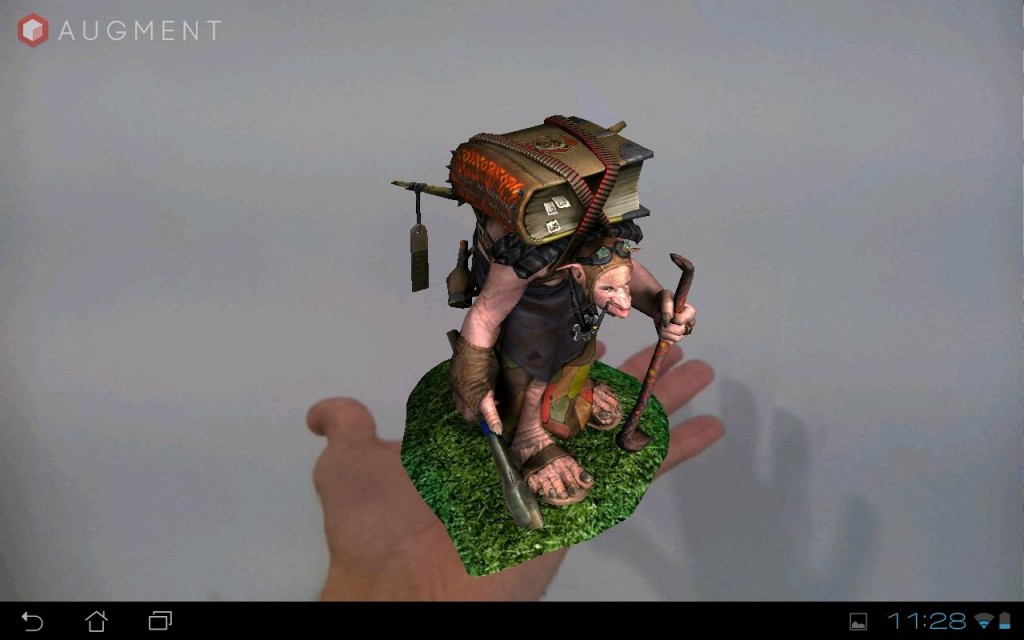 Using this tool, reality can be easily mixed with virtual elements. Sony phones has this feature on camera application as additional effect. And now we have this universal app, which is compatible for most of mobile phones.
It’s very easy to use it and it works in very simple but unique way. You just run the application, point your phones camera in the desired area and select the effect. That’s how elf starts dancing on the bed, or skeleton walks in your room. Even dungeon warrior and other mythical creatures or heroes can come to life. The funny thing is that everything you see through the display can be captured as photo and shared with your friends.
However, this application is not aimed just for entertainment, it also helps to clearly see where new furniture or any decoration would fit best in your interior or exterior. Augment developers gives a free 30-day trial with full app functionality where even a paper house project can be seen in full 3D view.
It’s really funny app for children and great tool for adults. 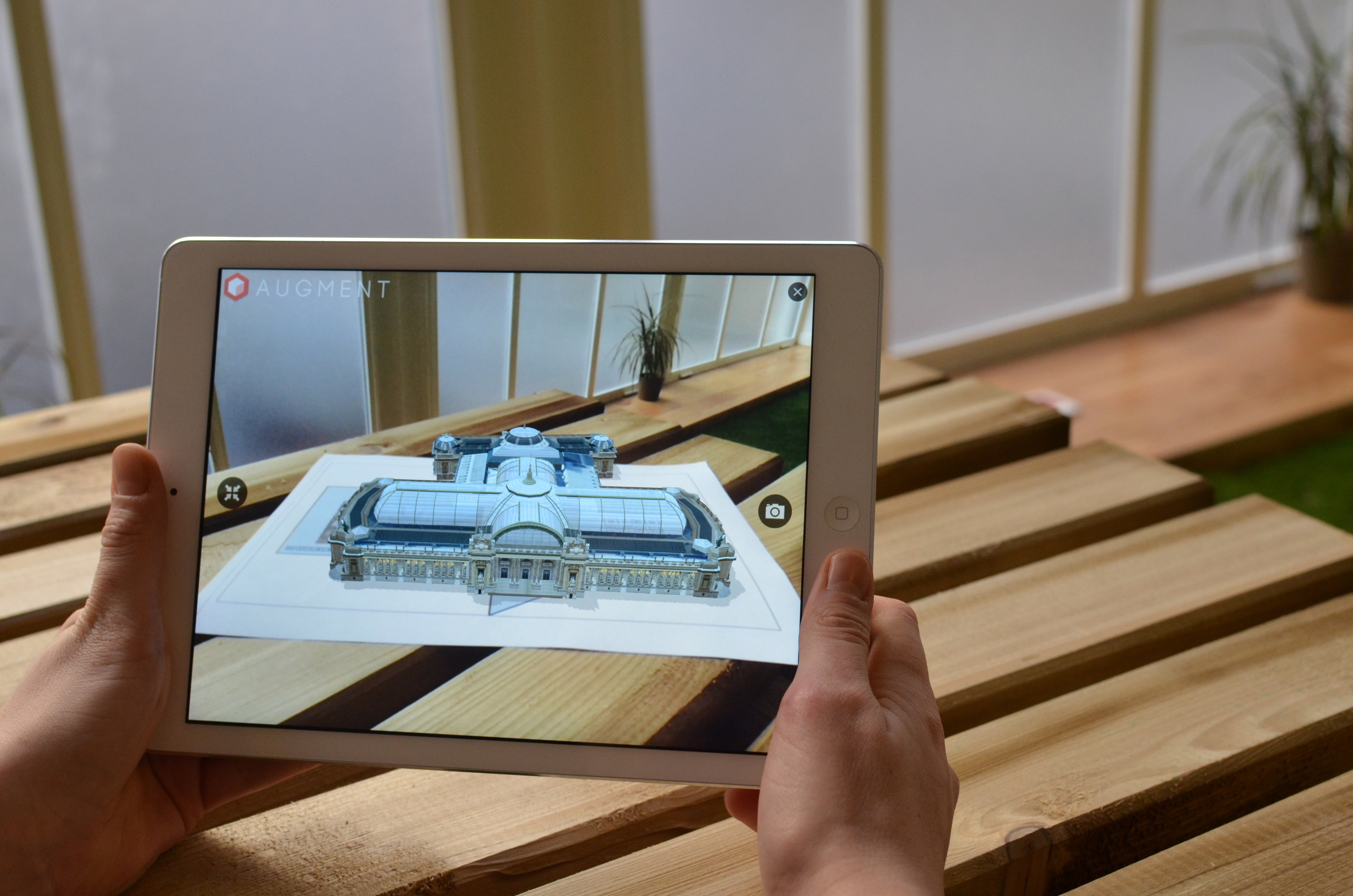 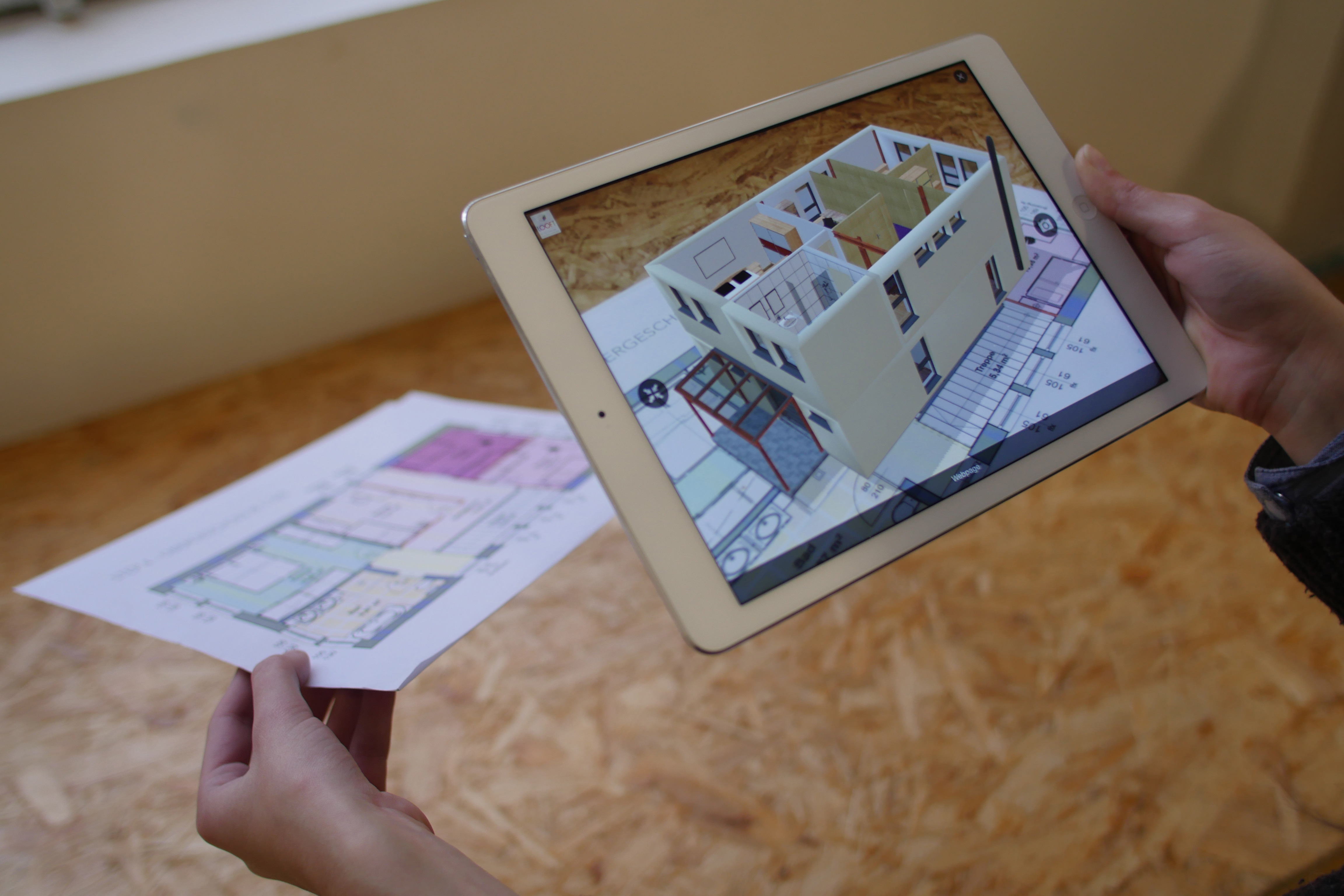