This year first Mobile World Congress exhibition took place in Barcelona, starting from February 22 to 25. Exhibition still goes on, but we already would like to share our hot news introducing latest Galaxy S7 and Galaxy S7 Edge. After the appearance of these most awaited devices, most of us was still having many different questions. Maybe we expected too much or technology stops after reaching a certain level so it can go further from checkpoint. Or maybe this time manufacturer didn’t gave everything he had? We hope that after our detailed review, each of you will have your own answer.
Lets start from the things which attracts the attention first – it‘s the exterior. Looks like it’s same as the 6th generation Galaxy smartphones. By taking a good look we discovered only one small change, both Galaxy devices have curved rear body part, which adds slightly more comfortability when holding in a hand. At the same time they also become even more slippery when your hand is wet. 7th generation Galaxies is one millimeter thinner comparing with previous ones, but it’s hard to feel the difference.

Now it’s time to exclude some great news. Galaxy S7 and S7 Edge have IP68 water resistance certificate, so users can bravely browse them in the rainy day or make videos diving in the pool.

Samsung has finally unveiled “always-on” display. There was a time when we had this feature on old phones with uncolored displays, but on these days high resolution displays it’s a new found technology. Samsung made a research which showed that lot’s of energy is used when user frequently checks notifications by turning display on and off. From now on, it will be unnecessary. Main notifications like messages, missed calls, social apps, calendar events will always be visible. This will work by only lighting up the pixels on the screen it needs, instead of turning on the entire display. Samsung declares that the always-on screen will only use up to 1% of the battery power over a day. Talking about the energy, GalaxyS7 is equipped with 3000mAh battery, while the GalaxyS7 Edge has larger capacity 3600mAh. This difference is due to the 5.5–inch bigger display.
Another great news is that microSD card support has been returned. Now both Galaxies supports up to 200GB microSD card, which goes in the same tray next to the SIM. You can also put second nano-SIM card instead of the memory card and have two active numbers at the same time. Isn’t what great?
Compared with the previous GalaxyS6, a new Galaxy S7 and S7 Edge came with downgraded rear camera. Megapixel count changes from 16 to 12, but that decrease has helped to ensure even better photography in the dark or at the dusk. Now main camera features a f1.7 aperture with bigger pixels, so sensor can soak up more light. We’ve been surprised with highly improved auto focus speed when transitioning from taking photo at close range to taking a landscape.
On the software front, both models runs flawlessly quickly on Marshmallow 6.0. Devices are powered bySnapdragon820processor,which is cooled by water. The cooling process runs without any microfans, water just simply circulates at the edge side of the housing.
Galaxy S7 and S7 Edge will come with Type-C USB cable. Using new generation power tool, 30 min. charging will boost up to 83% battery life. Fast charging feature is also managed by Marsmallow OS, which is responsible not just of energy use, but its uptake too.
Galaxy S7 price in Europe ~ 720€.
Galaxy S7 Edge ~ 820€. 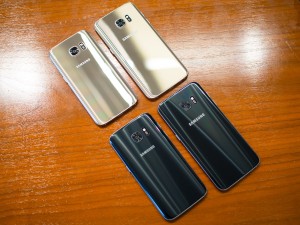 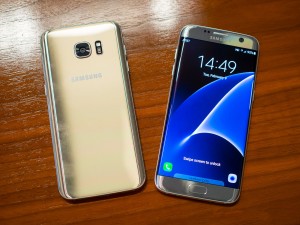 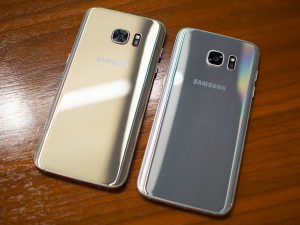 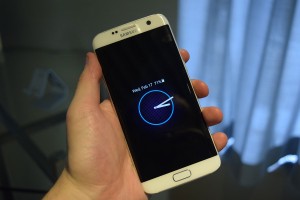 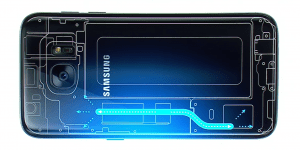 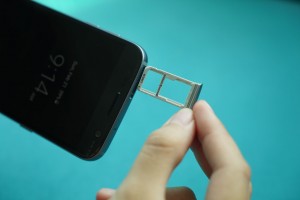 nextPull and push files on Android using the ADB commands