0
SHARES
63
VIEWS
Share on FacebookShare on TwitterShare on Linkedin

Looking backwards, all LG’s G series devices was great since LG G2 was released. They all had good performance and nice design with that exclusive home button on the back. This company was working hard to make it’s way to the top seeking to compete with latest Samsung S series devices. And they reached their goal.
Things haven’t changed much and LG announced it’s new flagman called LG G5 at the same Mobile World Congress exhibition where Galaxy S7 was presented. So let’s dive in to the detailed review to make things clear about what’s new.
Well we didn’t expected to see more rounded 5-th series device than this one. We have heard lot’s of rumours that some details of this new look was also borrowed from iPhone 6, where first steps was made by Samsung when Galaxy 6 was released. Nevertheless, this design has it’s own advantages. LG G5 feels slim and solid with that handy fingerprint button on the back. The bottom part of the housing now can be easily separated by pushing small button on the side of the body. Battery comes out together with the bottom part. Company declares that this clip changing style solution is great when you need to change your phone battery in a fast way. Somehow, we still don’t expect that most of the users will buy extra 2800mAh battery just for this feature.
Most of the front side is intended for high resolution 5.3″ 2K screen. Due to the more compact size it’s now possible to reach all corners of the screen with one finger. There’s a new always-on display feature that shows the time, date and up to four notifications icons even when it’s off. LG says that using IPS LCD instead of AMOLED, eliminates the chance of burn-in when always-on display feature is in use.
MicroSD and SIM card fits in the same one peace tray, which also supports dual-SIM feature when placing secondary nano-SIM instead of microSD, just like on Samsung Galaxy S7. Only 32GB of internal storage is offered. Thankfully it can be expanded using up to 200GB microSD card.
LG G5 now has two eyes on the back and can capture even 135 degrees wider view than the human eye. Wide angle camera has only 8MP and the second 16MP camera is dedicated for high quality photos. Front facing 8MP camera has a normal capturing angle, but wouldn’t it be great same wide angle support for taking selfies?
This new flagman will be fitting in luxuriuos metal-based case, which not only gives a better look as using any other usual case, but it also features a window to see the always-on display notifications and touch controls to answer or dismiss incoming calls without ever having to flip open the top part.
LG is moving away from the standard micro USB data and charging port. That’s why G5 has Type-C port on the bottom and will come with new type cable enabling fast charging feature.
One of the most unexpected invention from LG is that G5 supports additional modules which expands it’s capabilities. That’s why it was announced as the world’s first modular device.
With the CAM Plus module comes a camera grip that slides into the phone’s “clip” slot where the battery is housed, adding a better grip and a more ergonomic feel to the phone. This additional module has zoom wheel, shutter button, video record button and LED indicator. The grip also adds extra 1200mAh of additional battery energy and has integrated direct-to-analog audio converter module supporting 32-bit Hi-Fi DAC upsampling technology for crystal clear tunes. 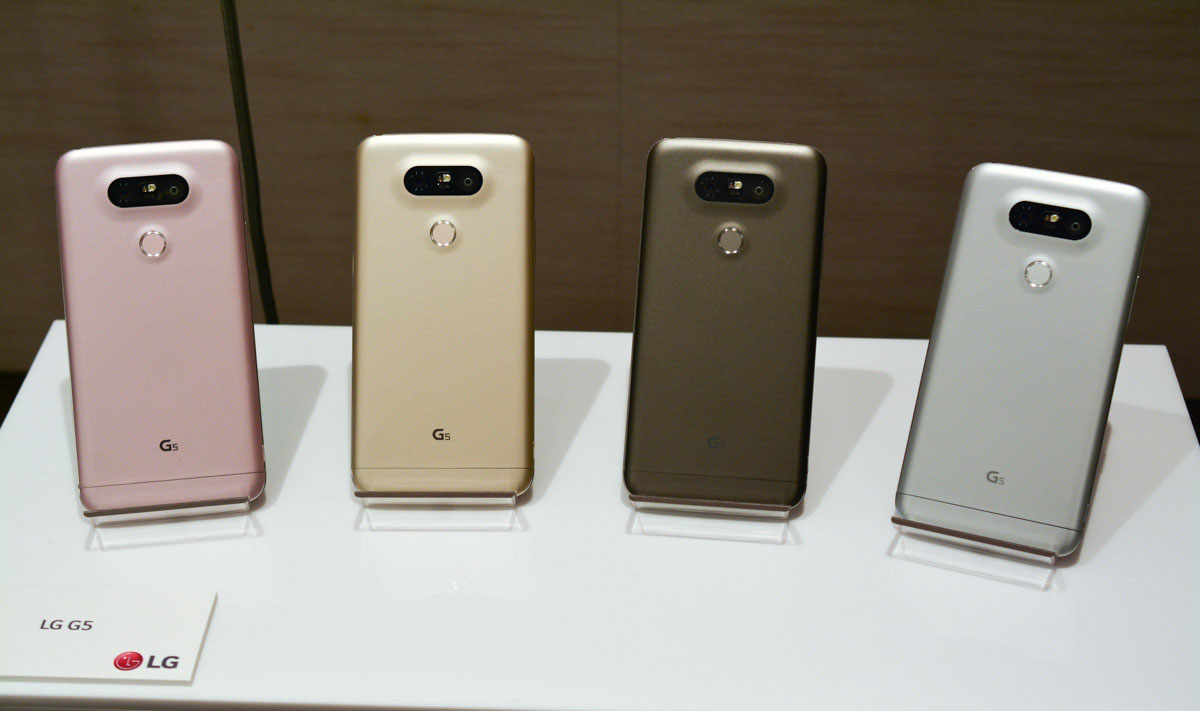 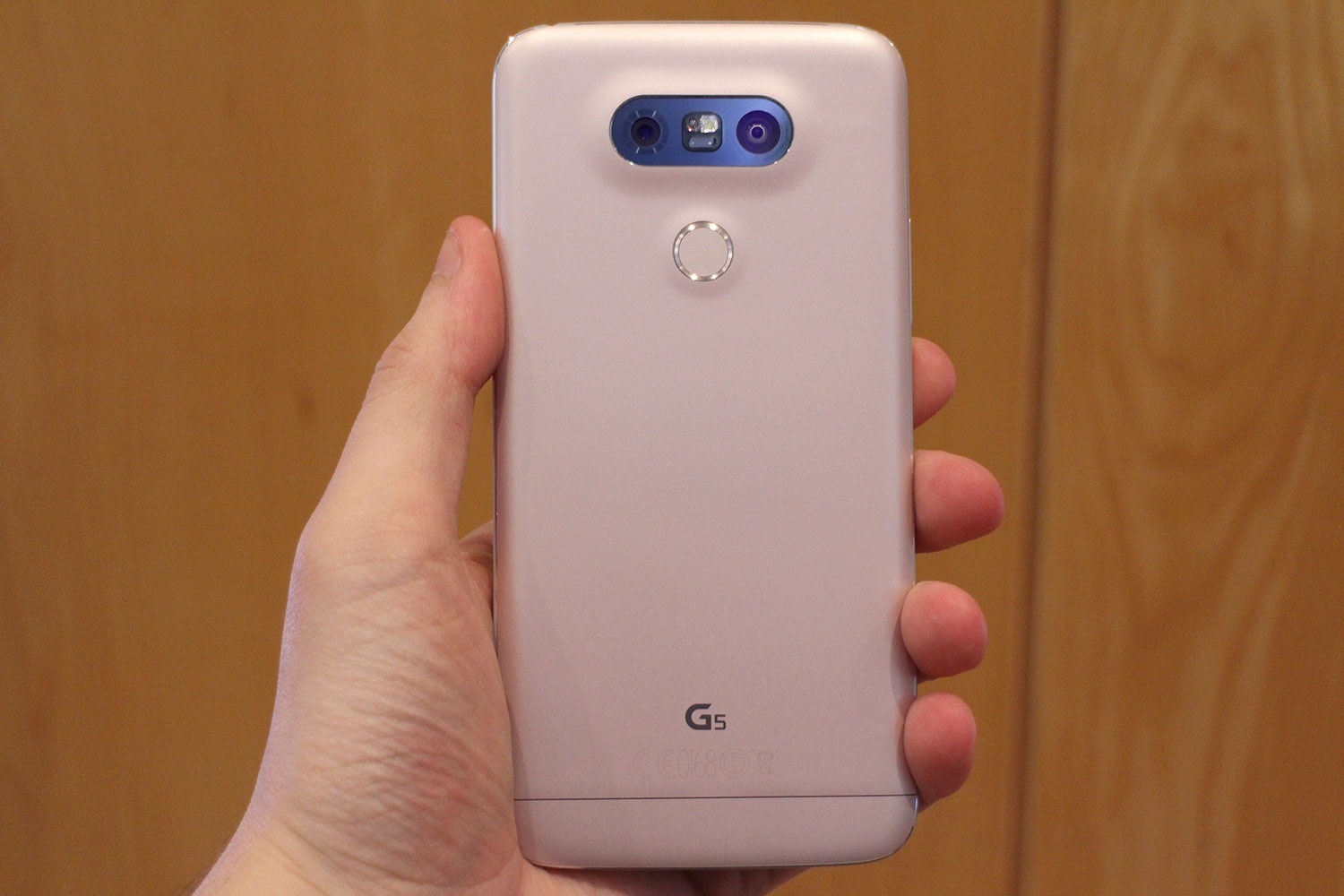 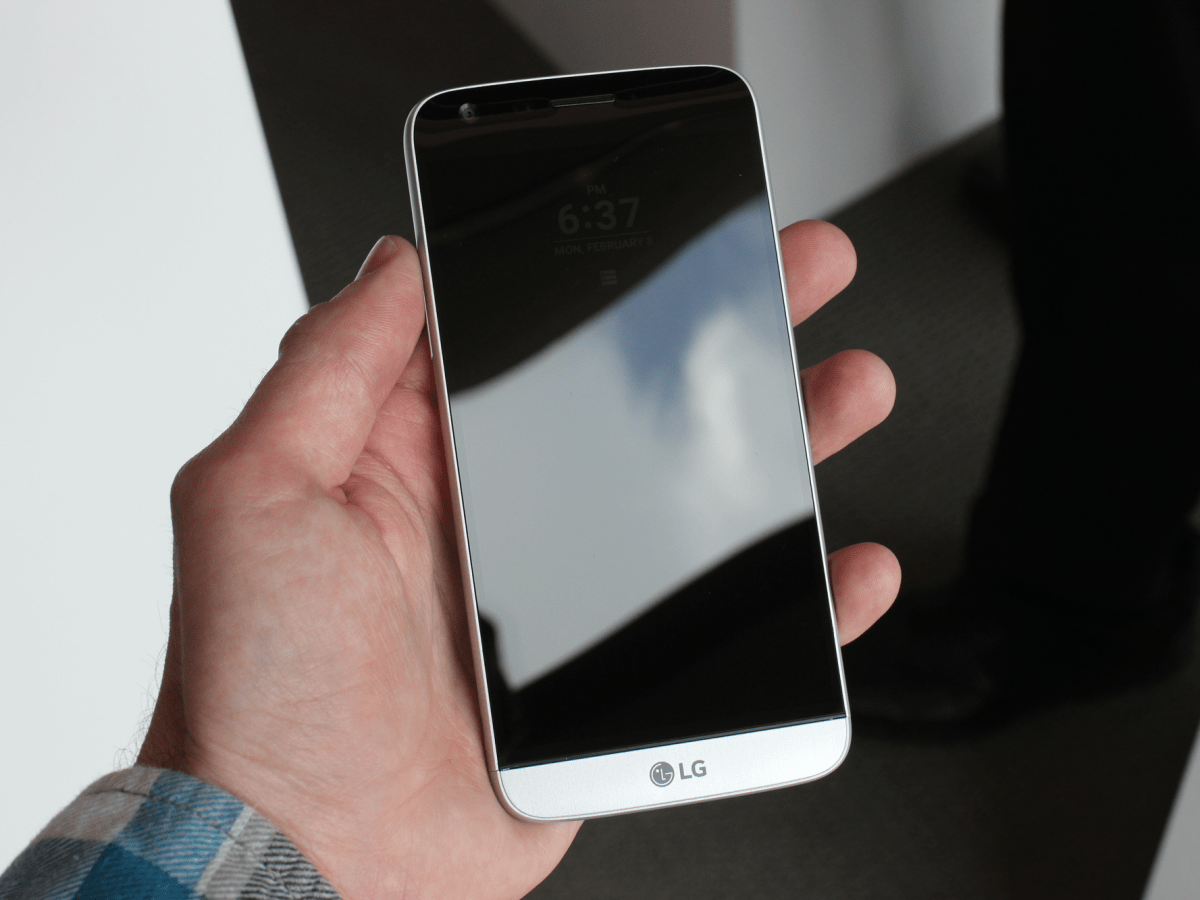 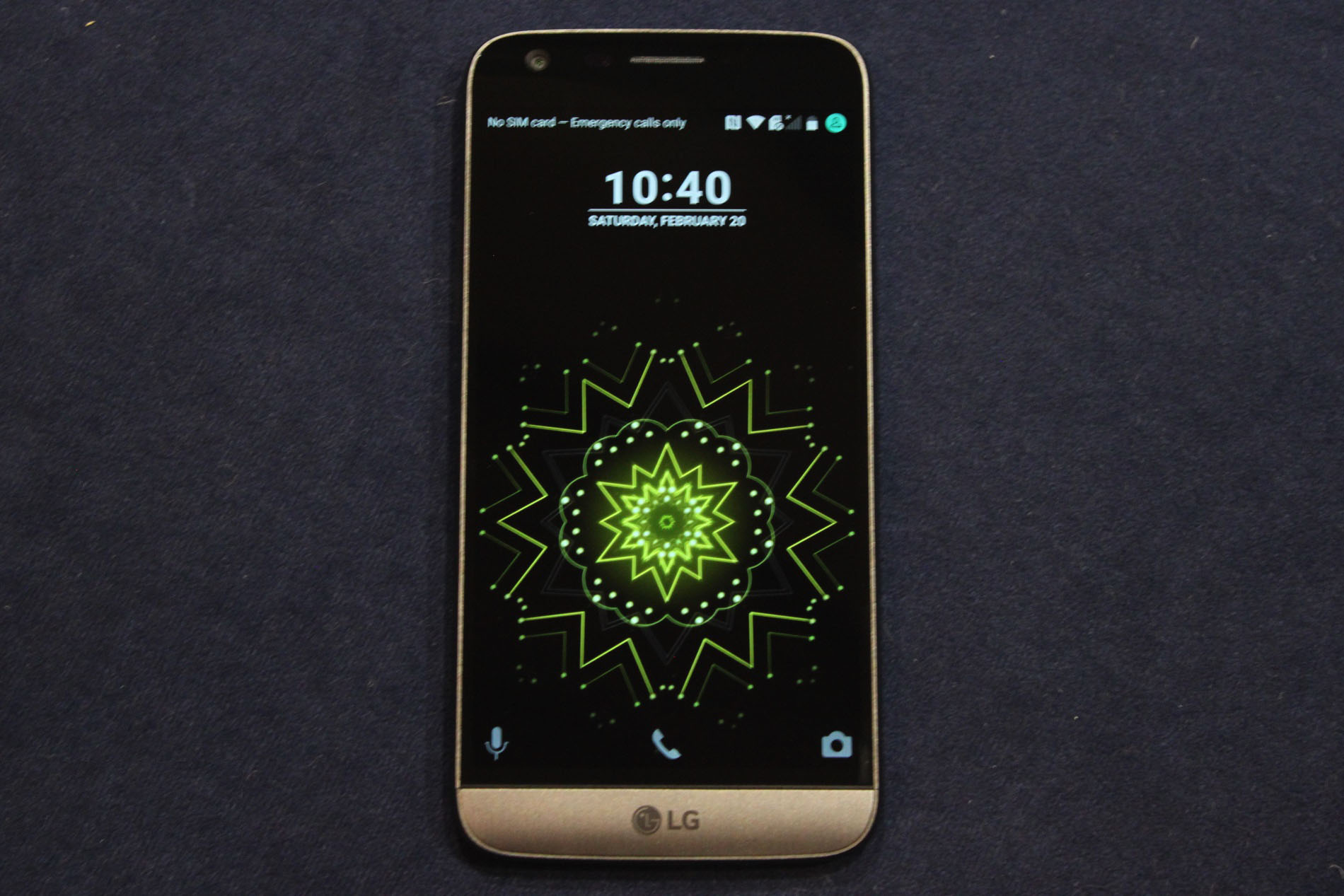 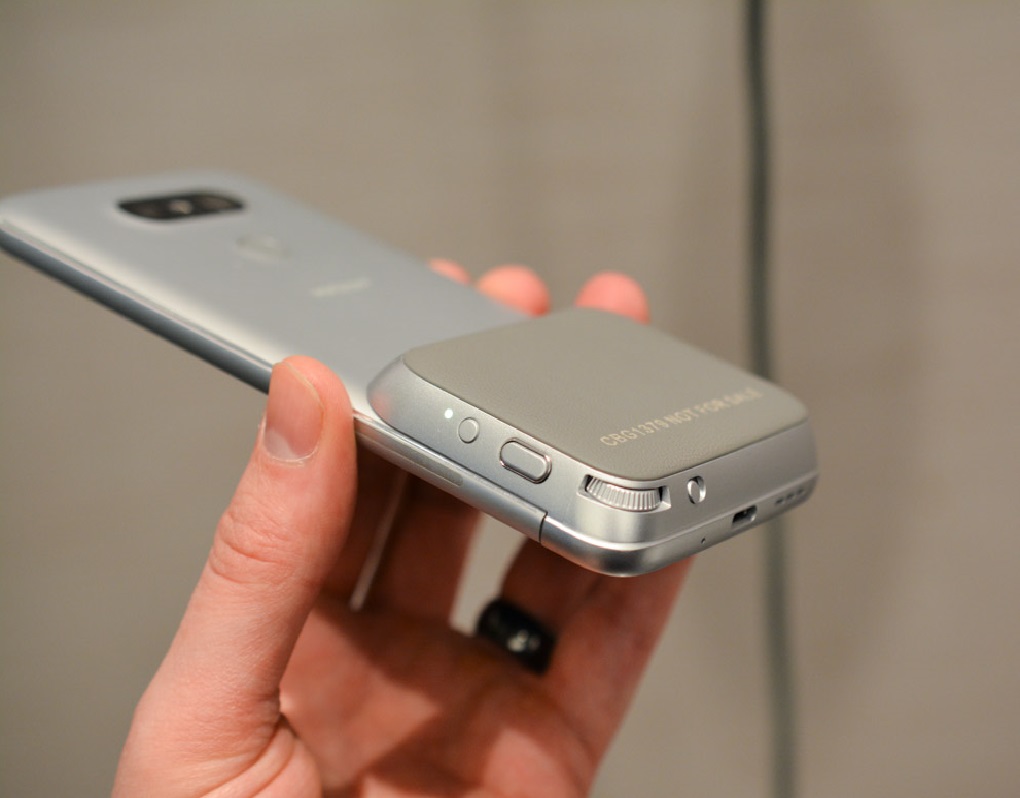 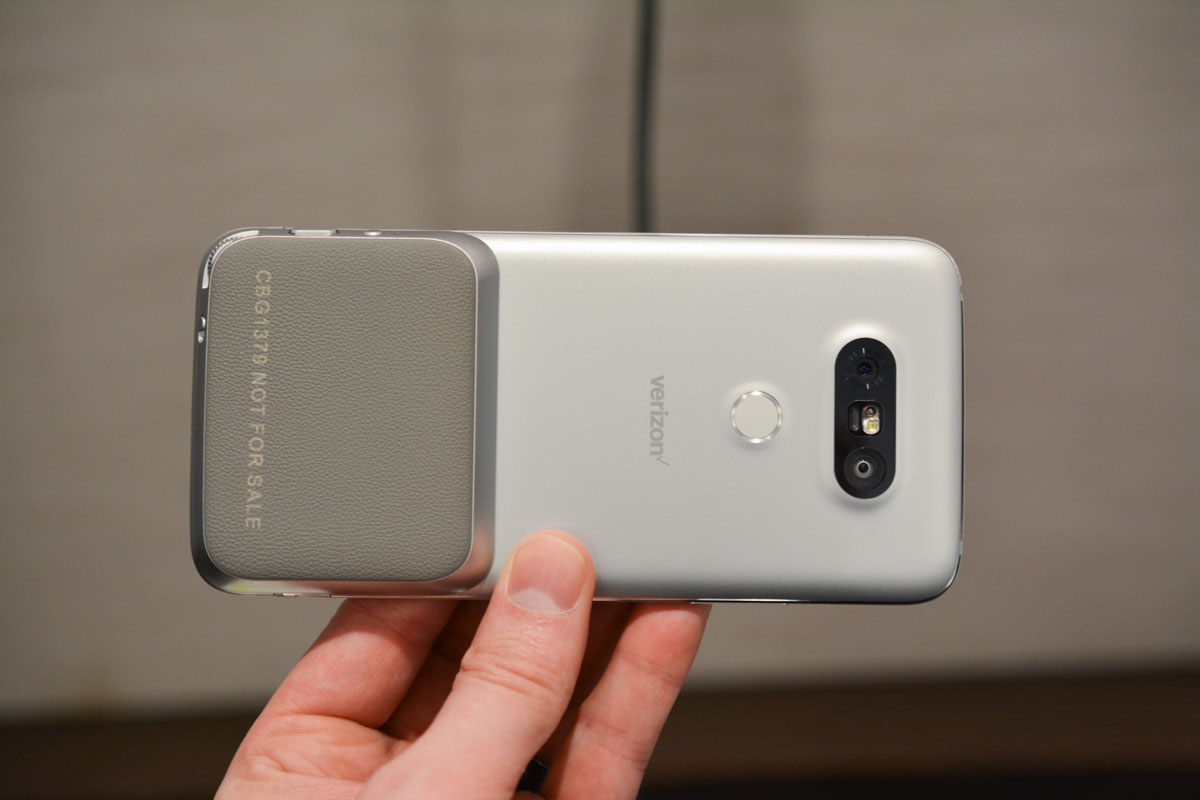 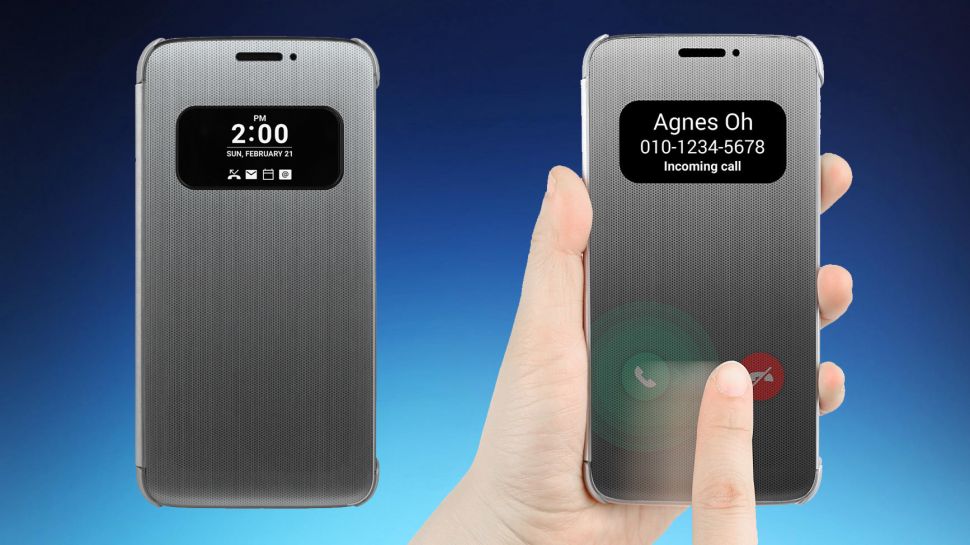 Pull and push files on Android using the ADB commands