0
SHARES
105
VIEWS
Share on FacebookShare on TwitterShare on Linkedin

Popular all over the world and widely known TomTom navigation from now on your iPhone or iPad running iOS 7. Outstanding in ease of use with very detailed route information and strong tracking accuracy, TomTom will help you to reach your final destination, no matter where you decide to go. It’s the app that drivers can rely on.

• One of the latest TomTom version, which is fully compatible for any iPhone or iPad running iOS 7!
• Multi languages. App automatically starts in the same language as used in mobile device.

Why separate and independent GPS software is better than basic Google Maps application?
1. It shall not steal and does not require any internet traffic, so TomTom saves lot’s of money on data roaming costs.
2. It’s significantly more detailed and more accurate than the usual Maps application.
3. Voice guided turn by turn car navigation. Find your way with clear voice instructions and a 2D or 3D view of the route ahead. Including automatic rerouting if you miss your turn.
4. Mapped all speed measuring devices with different sound warnings while moving closer and bypassing them. 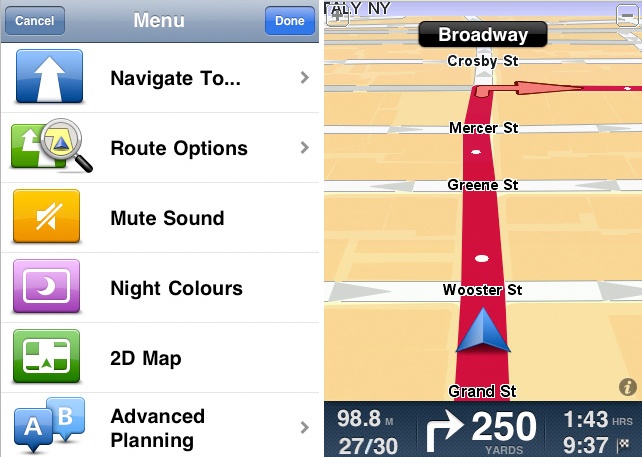 Compatibility:
From iOS 6.0 to iOS 7.x
Only for jailbroken iPhone or iPad.
TomTom will not work on devices that do not have built-in GPS receivers, such as iPod touch and iPad (WiFi only).

After installing the application you can start to use it immediately. It doesn’t require internet connection and works in offline mode. There are no roaming fees, so your idevice becomes a full value satellite dedicated navigation system.