Compared to the other similar games, this one somehow has the highest ranking in Google Play store.
If you love to control big cars off the road and compete in some good old demolition derby events across the country, then this game is just what you’ve been looking for. There’s a selection of paint jobs and vehicle upgrades available. As usual, vehicle upgrades gives more performance in movement and helps to compete better. As you might already know, main goal is to smash your opponents to rubble. Just don’t forget to void other competitors hitting your bus, cause the damage made can’t be restored during the gameplay. 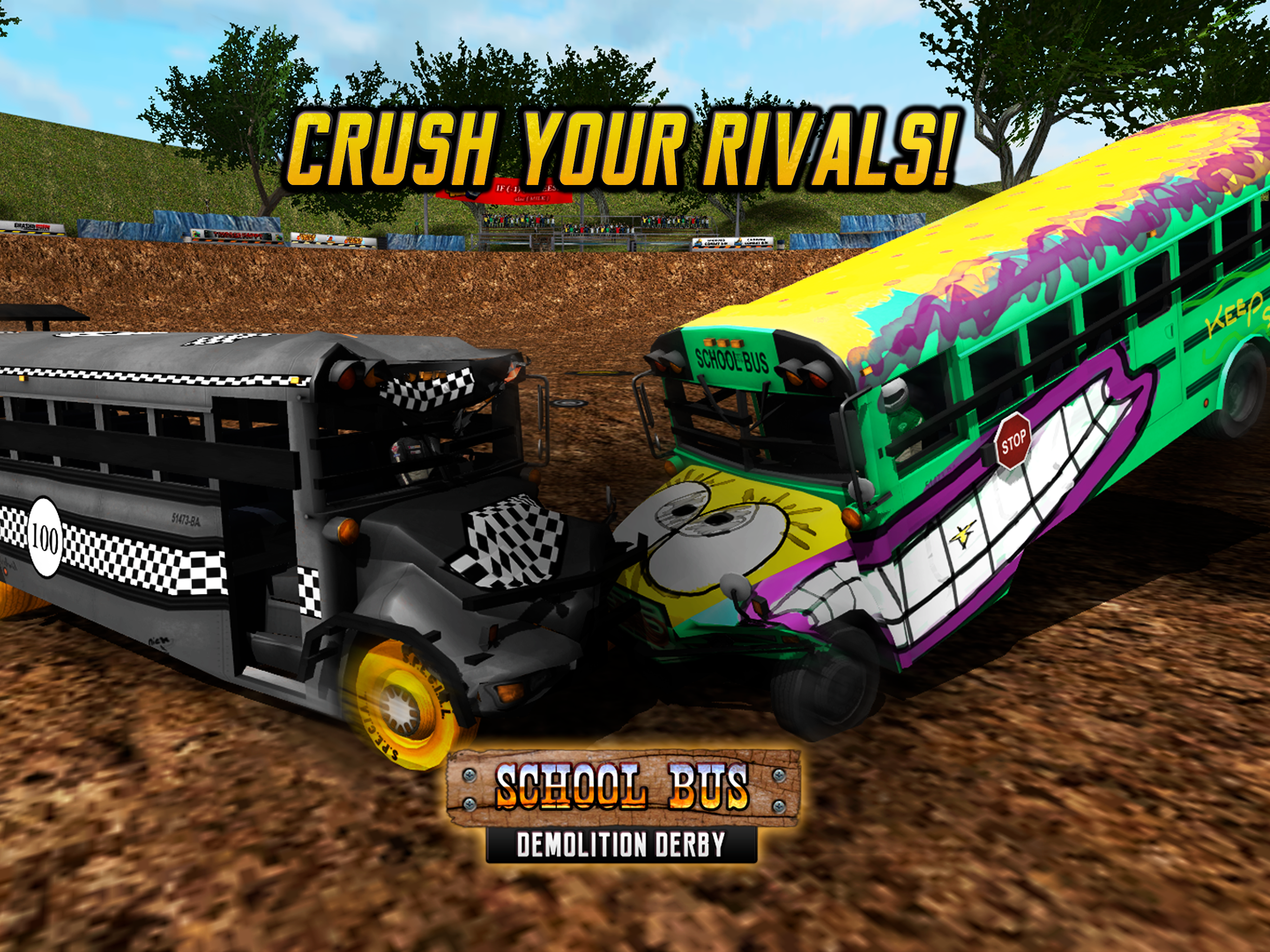 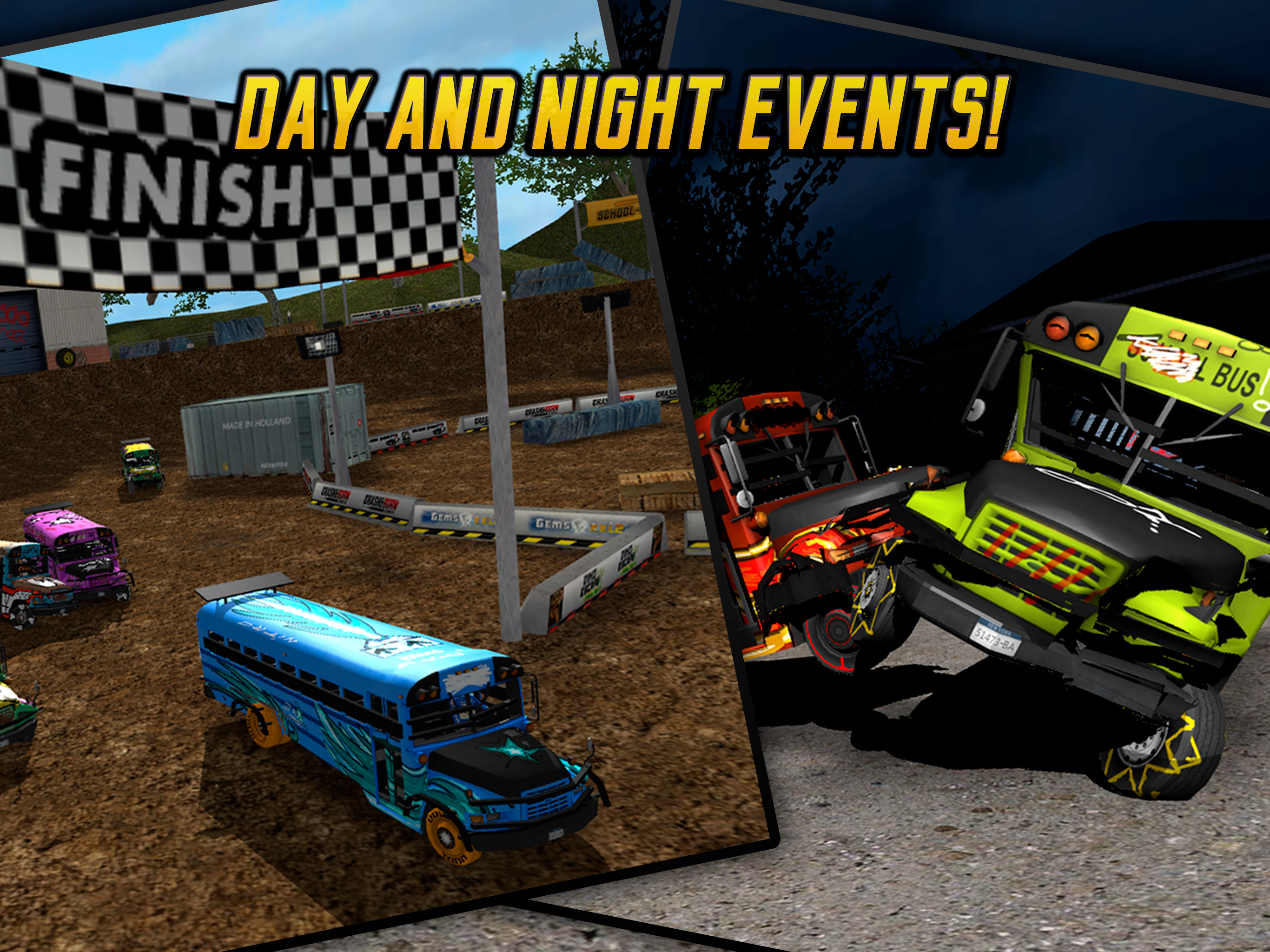 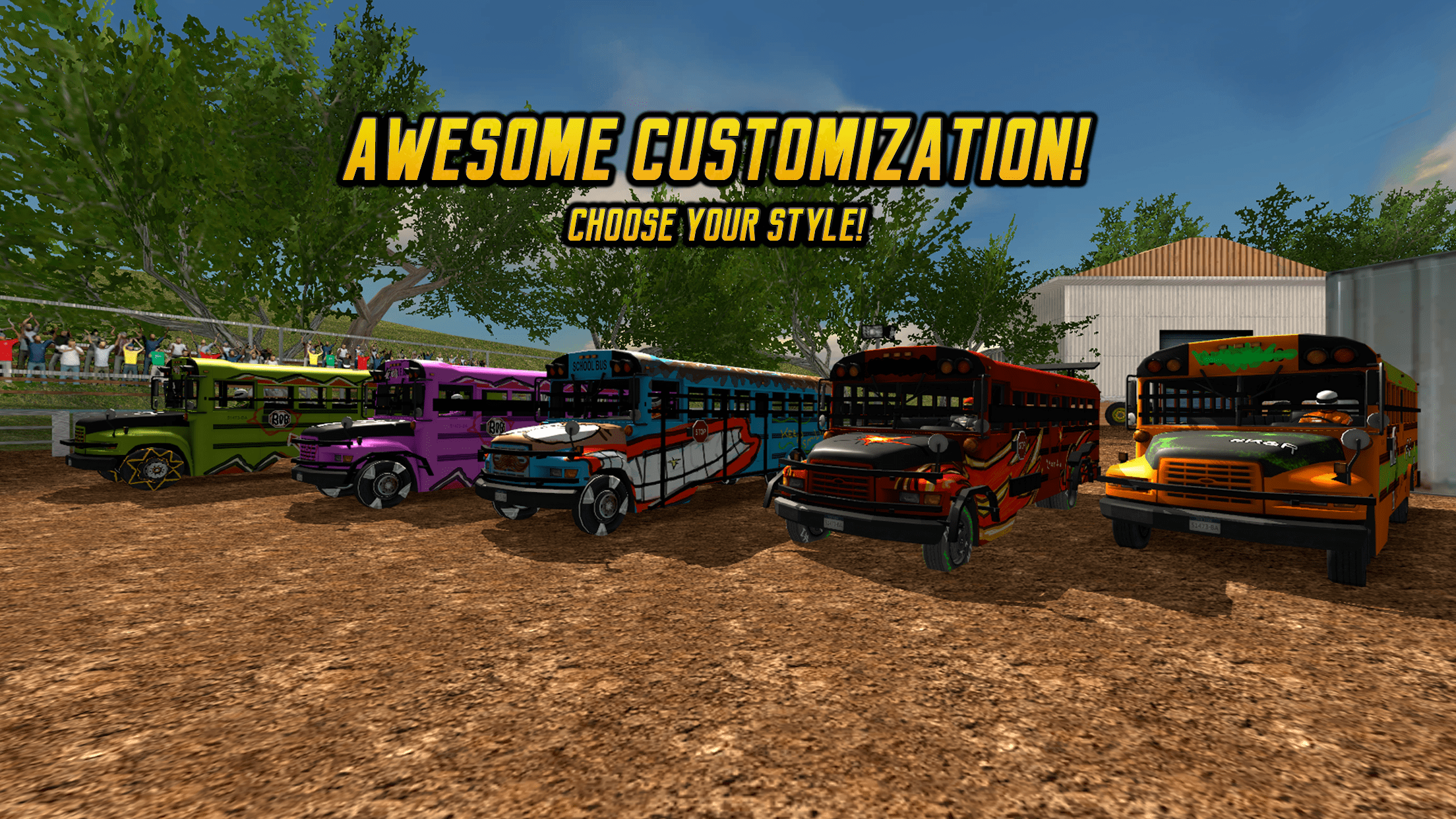 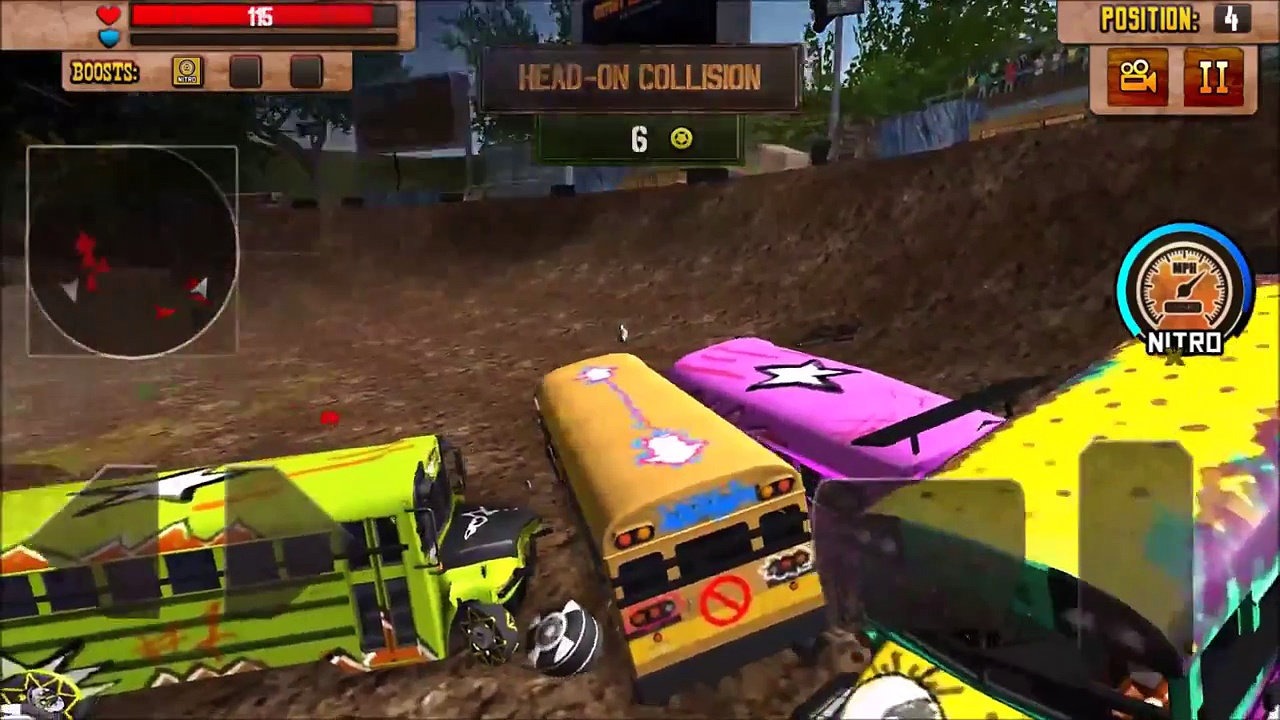 At first sight, this game looks and feels amazing with its realistic, detailed graphics.
Every hit taken can damage separate parts of the vehicle. As an example, if you get ram into the open side door, you might lose them. Even a straight hit into the wheel can crack it and make your car worthless during the derby race. Opponents are powerful and intelligent enough to escape from your crash tactics, that’s why whole gameplay gets very intense and addictive at the same time. For those, who think that they can’t be beaten, we suggest to try special game mode called “Against everyone”. World of Derby also includes large assortment of car upgrades, different unique arenas and various weather conditions. 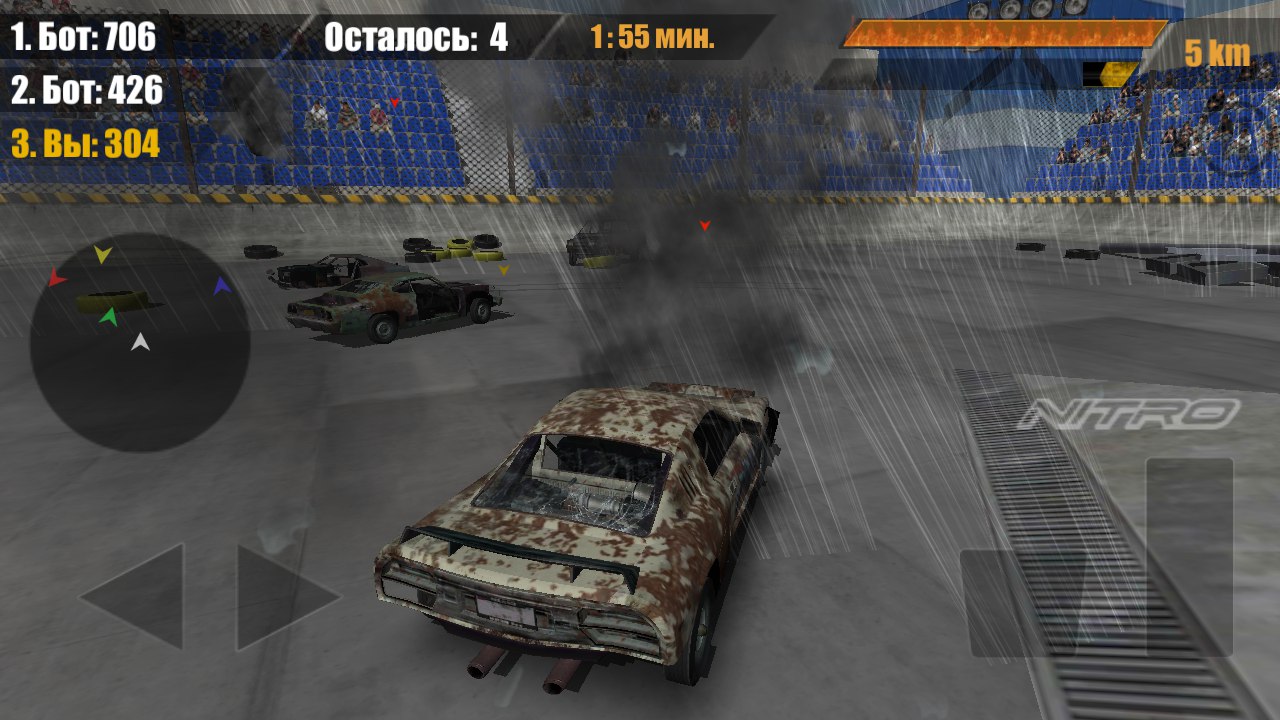 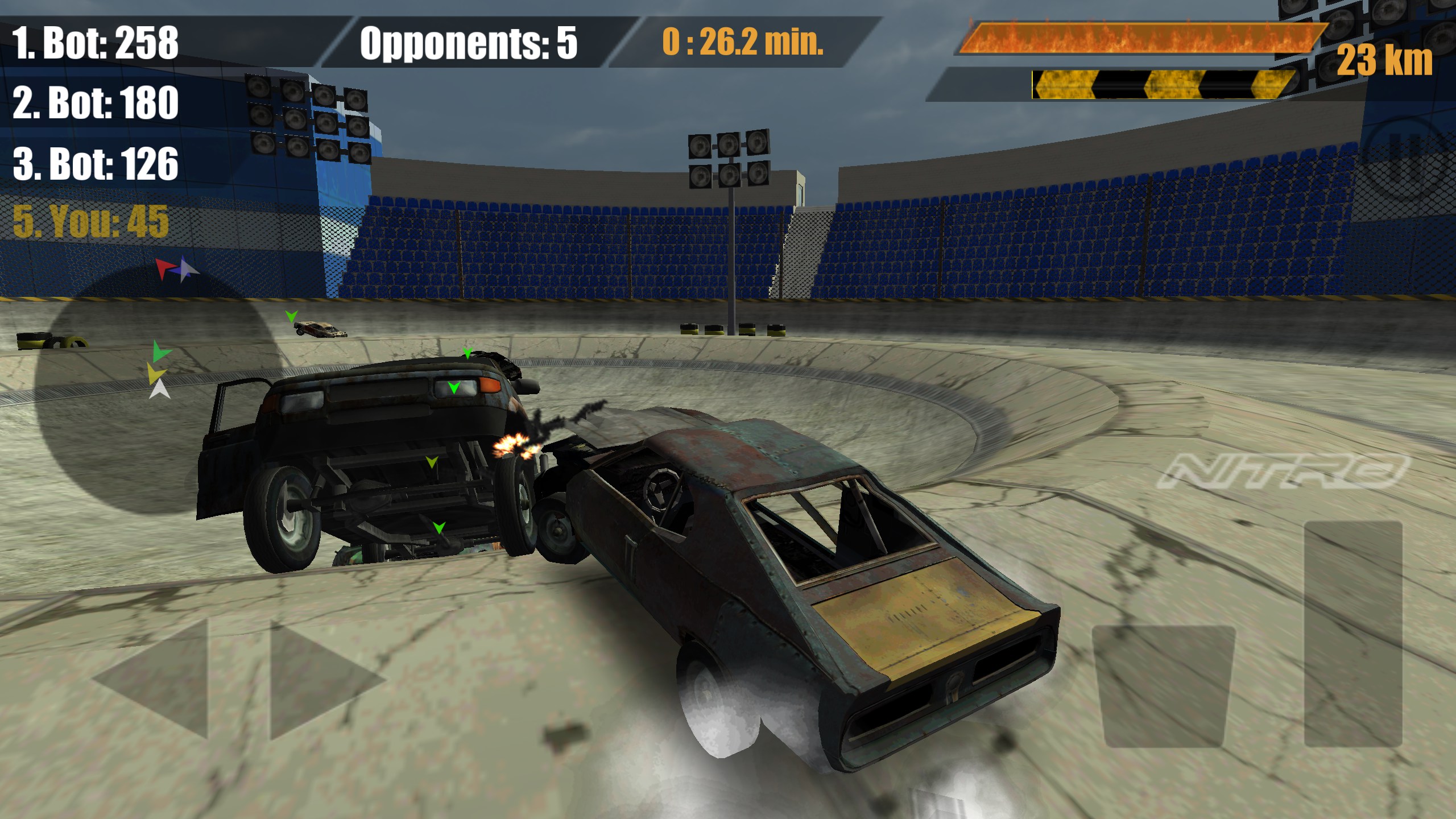 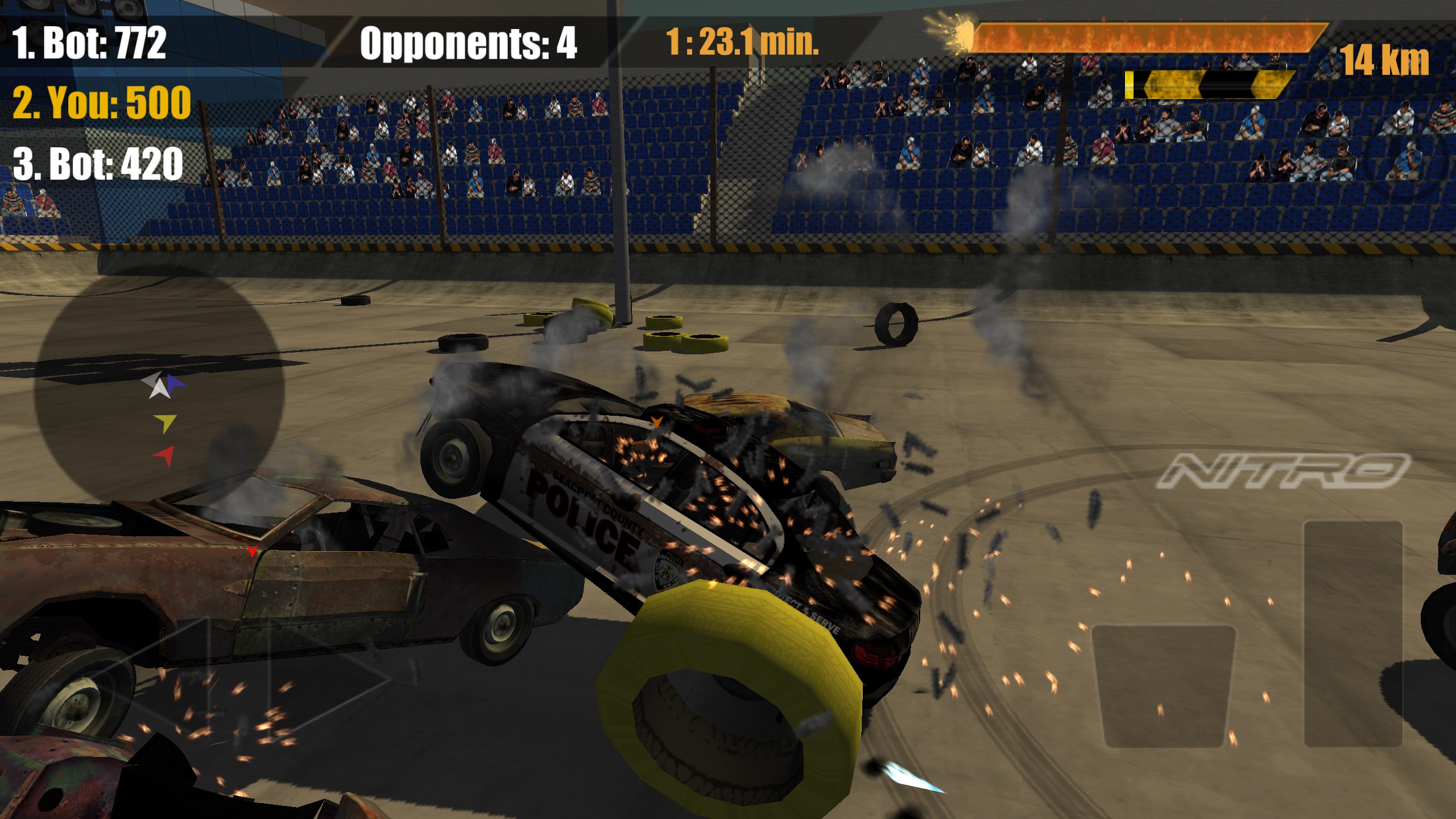 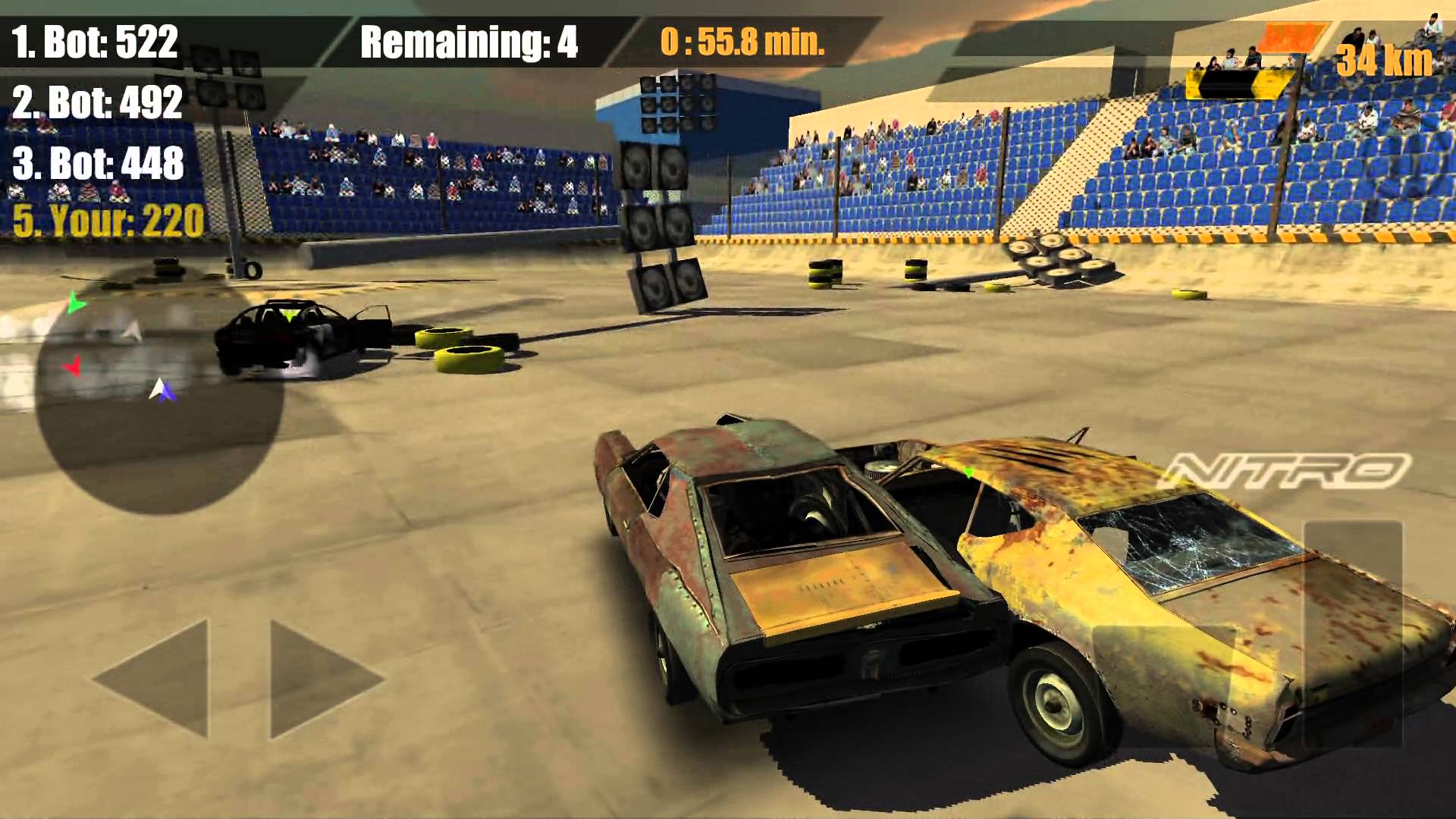 World of Derby for Android

World of Derby for iOS

As the download rating proves, this one is definitely the most popular demolition derby game. Despite of its greatness, creators are still working on this project to make it even better. And gamers should be happy about it, cause update with multiplayer mode is coming soon!
Game offers various tracks and events across the nation for endless racing and destruction driving pleasure. As the title says, there are two types of gameplay available.
Traditional demolition derby events in an arena, is where all drivers start in opposite directions and the goal is to smash the other cars trying to stay the last man standing to win the race. To boost the damage on an rival you can get your motor rev up and run faster by using the nitro boost.
Crash racing takes place on speedway tracks which gives a different type of challenge and experience. Best players should seek to complete all tracks with the full 3 stars.
Be sure to buy performance upgrades wisely as the various type of events require different cars. Use armor upgrades to strengthen your endurance or engine upgrades to boost your speed, push and pulling power. Good results let you earn more money during races.
Go ahead and join the ultimate demolition derby game experience. 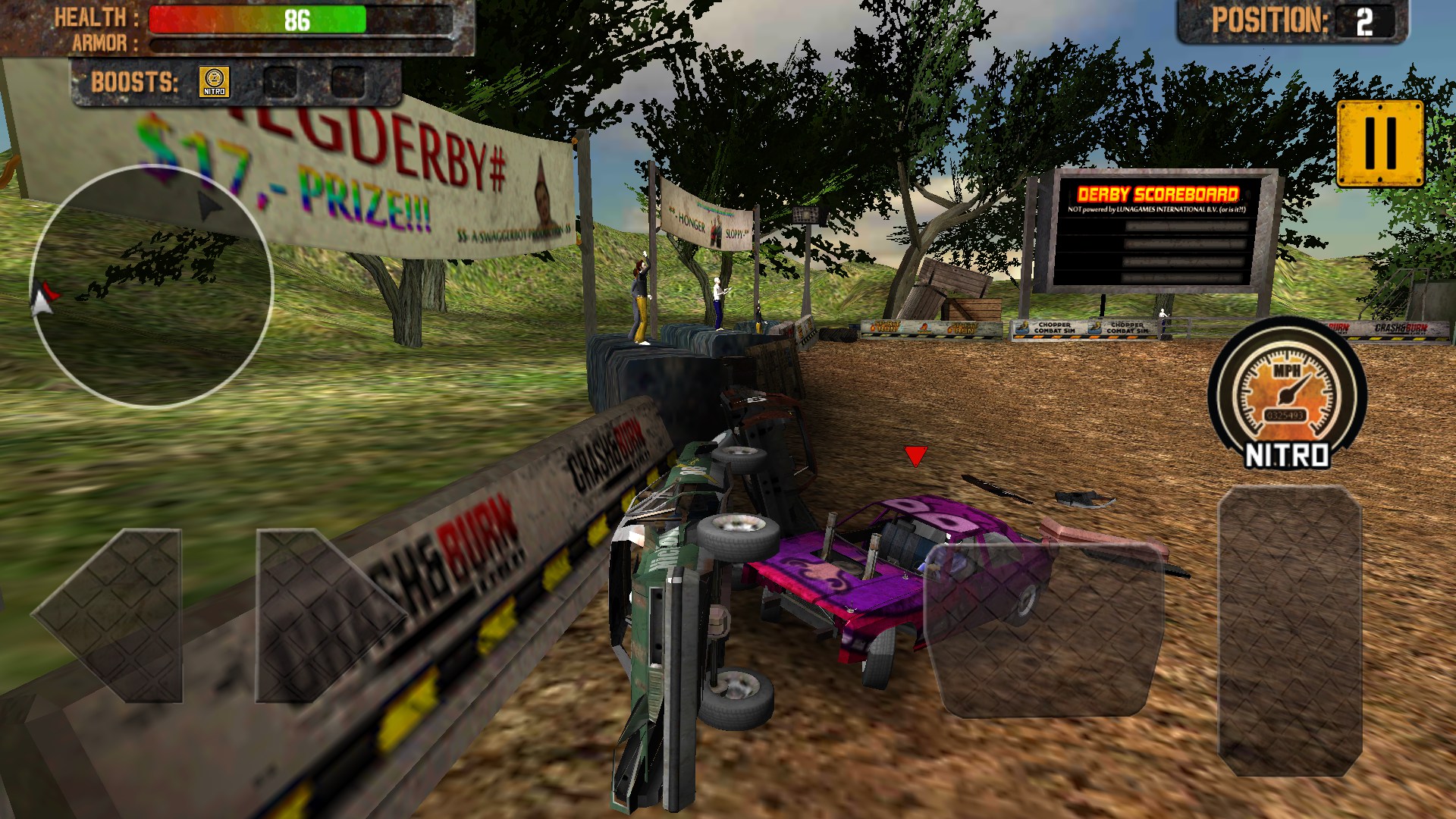 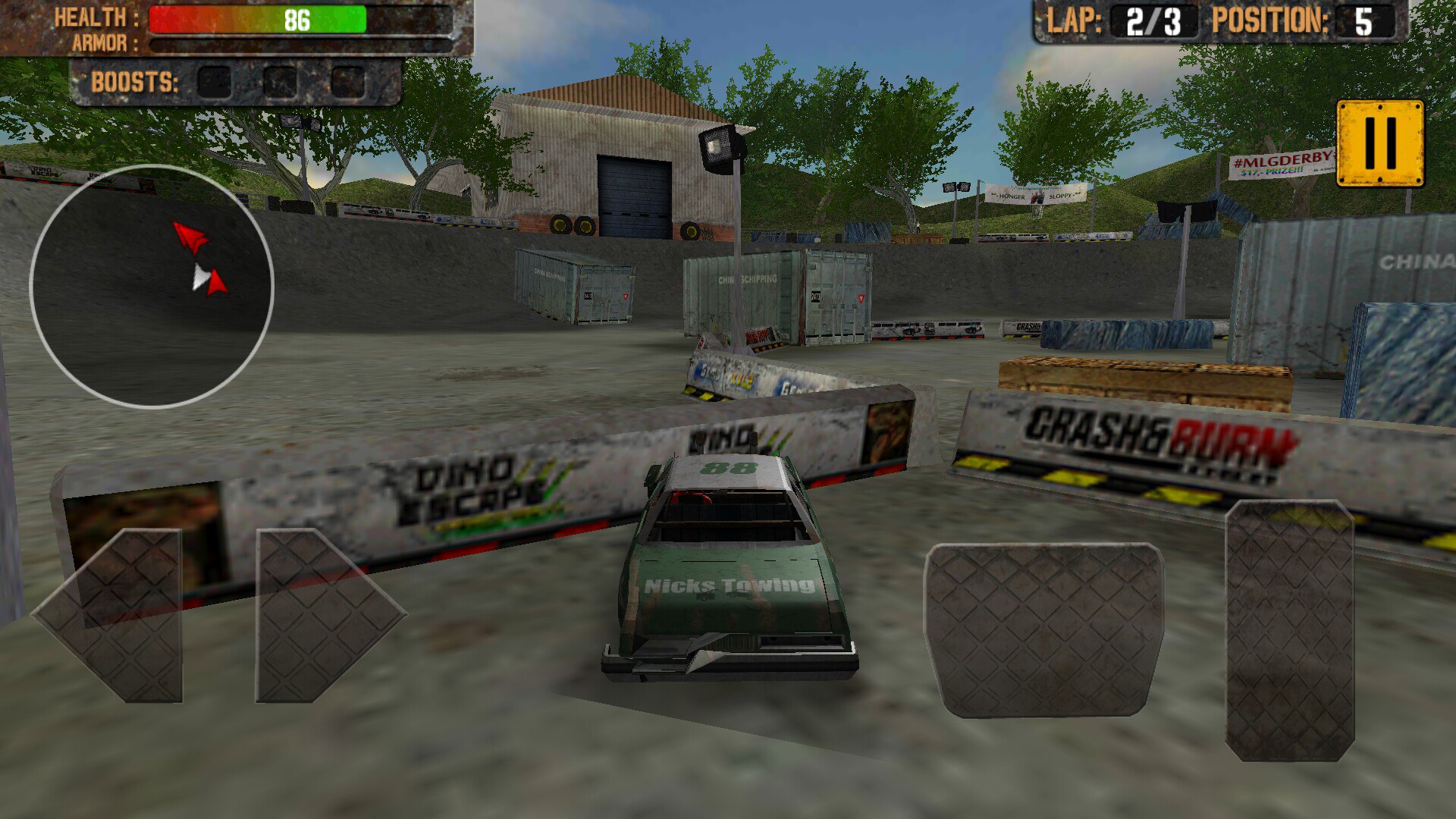 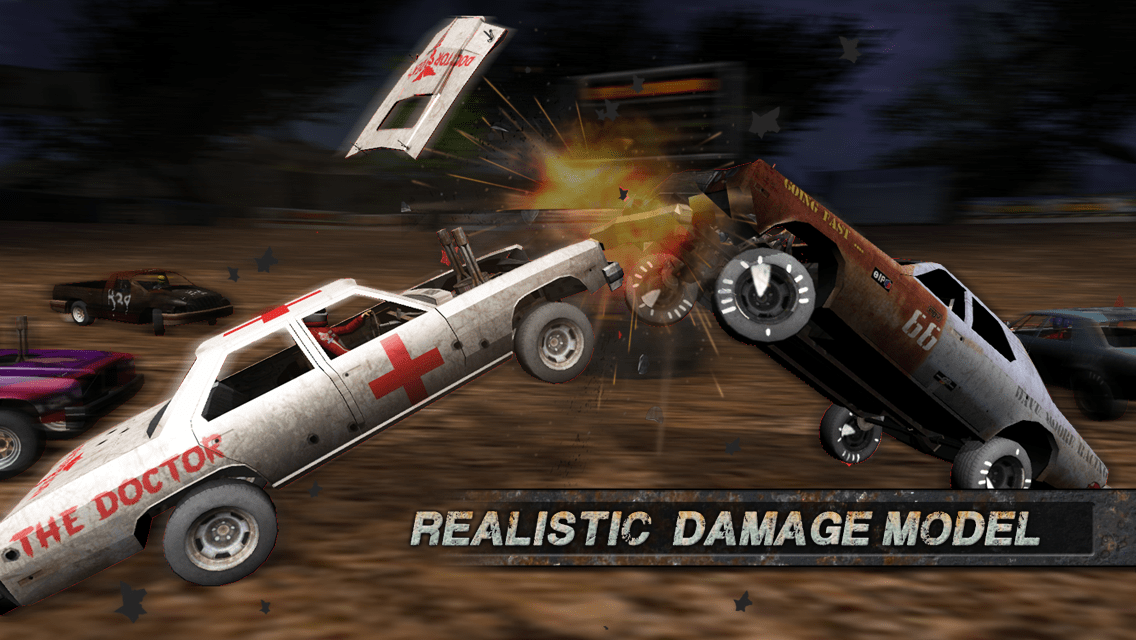 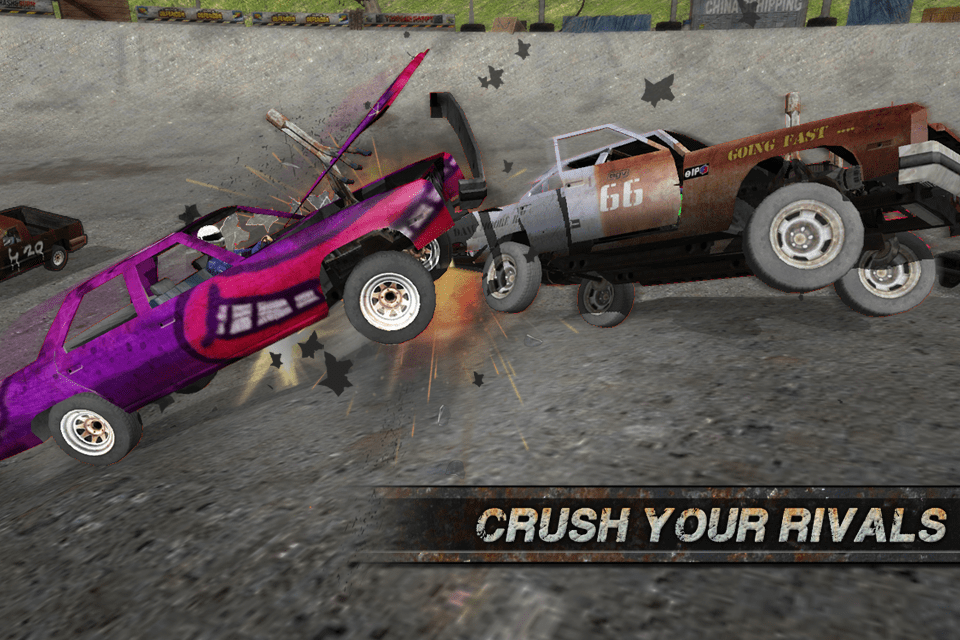